Well I Would Not Give You FALSE HOPE 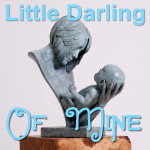 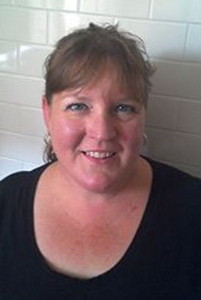 My beautiful little sister Julie. Photo taken just the other day, before the Rolfe Rodeo.

My sister Julie The Mayor has given me permission to tell her story.

As I posted awhile back, my brother-in-law Scott’s son recently had a rare and early stroke. After three weeks of ups and downs, he passed away. Evan was only thirty years old.

ANDY. So handsome! The resemblance is uncanny. It’s like they’re related.

One month later to the day Julie received a most unusual phone call. When my family was living in England, Julie had a baby. Because of her young age, she put him up for adoption. She was never able to have children after that. I happened to call Julie just after she’d hung up from this unusual phone call and she was sobbing as I have never heard her sob before.

“I just got the strangest call,” she managed to say.

Here Julie is holding my son Adam. Turns out we both had only sons whose names are four letters and begin with the letter “A.” She was following me in advance!

You must understand: I always wish Julie a Happy Mother’s day in May because she is a mother. She gave birth to a child and did the very best thing that she could for him by giving him up. We would talk about her son every now and then and calculate what age he must be at various times in our lives. When his 18th birthday came and had long since passed we went about our business, me wishing her “Happy Mother’s Day” over the years and her wistful “Thank you”s in return.

Back to that phone call. At first Julie thought it was a scam. It most gloriously was not. A few days later Julie was on the phone with her very British-sounding offspring. Her joy knows no bounds. “For the first time in my life I feel whole. I now know what was missing.”

Andy is talented, charming and thoughtful. He sent Julie a gorgeous bouquet of flowers thanking her for giving him life. How sweet is that?!

Andy will soon be flying all the way from England to meet the mother that has always held him in her heart.

One hard aspect to deal with is Julie’s extreme happiness at gaining a son in the face of Scott’s recent loss. Scott looks at it another way: Perhaps Evan had a hand in putting all this together and timing it just so. Because thirty years ago just a few months apart two baby boys were born. Thirty years later and a few weeks apart the baton has been passed. I’m so very happy for you, Julie. And thank you Scott for being so gracious. Andy, we can’t wait to meet you and welcome you to our family!

AND NOW FOR A SWIFT CHANGE OF SUBJECT: I lost a day yesterday. Know why? Because of BAT. I had a BAT in my house! After two years of being bat free.

It was almost midnight when I spotted him flitting about in my room. I grabbed my wee dog Teddy and escaped to Julie’s so I could not sleep there (instead of not sleeping at my own house). The following morning I bravely went home alone. Scott was going to be coming by in just a half hour or so to try and find the bat and it was daylight. Everybody knows that bats don’t fly in daylight. WRONG! 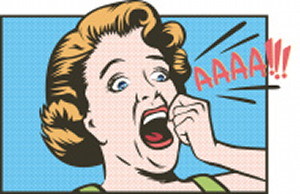 The little critter flew at and around me in my sunny kitchen. I tried to see where he was going so I could point his whereabouts out to Scott. Turns out, it’s hard to see when your eyes are clamped shut and you’re screaming like a little girl! The bat couldn’t be found so I spent the day out of doors, mowing my lawn and watching “Outlander” (ooh-la-la!) with Julie instead. 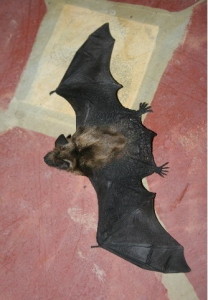 It wasn’t until later in the day that my hero Julie found the bat after an exhaustive search and plenty of fervent prayers. Hero Scott got him out of the house. In the meantime, I lost an entire day of sewing and toil. O.L.D. Andrea still needs half her clothes, and the next O.L.D. will be No. 00050! Which is a significant number and I simply can’t rush her to get her done by this Sunday. She’s going to have a theme. I’ll give you 50 guesses as to what that might be, and the first 49 don’t count. It’s a place near and dear to my heart.

Since I also have the final, final edits to do before the book goes to print, the next O.L.D. won’t be up for adoption until the following Sunday August 8th. Which also happens to be my parents anniversary.

These last edits are based on a professional editor suggestions. Reader, I am heartened and excited! She is a tough cookie and she really loves the book. FINGERS CROSSED! And back to work…

With that, I leave you! Andrea’s post will be coming soon! In the meantime, Happy Thursday, you’re my favorite.

8 Commentsto Well I Would Not Give You FALSE HOPE