The Unexpected Fall and the Joyful Crawl 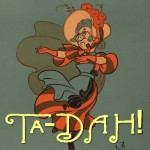 It has frequently occurred to me as time goes by that getting older is a lot like puberty. Your body is experiencing all kinds of new and unusual changes but they are to be expected whether you’re leaving childhood behind or getting one step closer to that shining light at the end of the tunnel.

For quite some time, I’d been experiencing unusual aches and pains. For example, in my “Cat Lady of Rolfe” post quite awhile back, it surprised me how much my feet had changed from when that fall happened a few years ago. Now my feet were puffy and strange. “Bah!” I cackled. “Drat!”

This is Lauren Bacall, famous actress and the love of Humphrey Bogart’s life.

Or a couple of weeks ago when I went to sit up to get out of bed, and my stomach was oddly lopsided. “Confound it!” I cried.

Or that I’ve been so tired lately and haven’t been able to walk as quickly as I’d like and my stomach’s been bothering me more and more frequently. “Those whippersnappers out there don’t know how good they have it!” I would mutter over my bowl of steamed prunes, clutching my shawl ever closer over my shoulders in the sweltering heat. 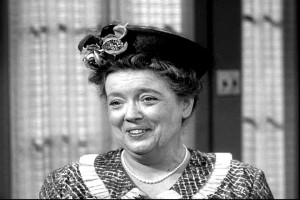 I subconsciously started changing my inner persona from an older Lauren Bacall to that of Aunt Bea. Both women of a certain age, but I hope you can sense the difference I’m trying to portray. I thought this is what was supposed to happen! And I accepted it.

Because, guess what? My appendix burst! WEEKS ago! And it died! And then it came back to life and started attacking my large intestine!

And now, after an unexpected week in the hospital and over 200 stitches and 30 odd staples and 1/3 less of an intestine later I KNOW. Old age happens, yes, just not quite that fast, and not quite this early. I will be back and better than ever! It will take some time and Aunt Bea’s face, still puffy from the good fight, stares back at me when I look in the mirror and things will be a little slow going for awhile, but it will happen!

Life is Beautiful at every stage, and there’s nothing wrong with being Aunt Bea, it’s just not my time.

And speaking of time, I am so very grateful for that little voice that told me to get to the hospital. I’m sure it’s been howling at me for a long time now, but things happen for a reason – and only more time will tell.

12 Commentsto The Unexpected Fall and the Joyful Crawl