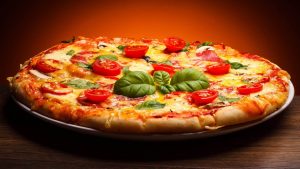 The other day, I decided to have pizza for supper. I turned on my trusty old stove and went about my business while I waited for it to warm up. A flash caught my eye. POOF! The oven was on fire! I could see flames through the window. Perhaps some previously dropped food was burning. I opened the door to see. Gasp! The heating element was sparking and spitting away like the wick to a bomb. I watched in dismay and fascination as it made it’s way aaaallllll around the element. When it finished, the floor of the oven caught fire. Not wanting to see what would happen next, I threw some flour over the flames.

Fast forward. I’d found a reasonably priced stove at a local store in Poky (aka “Pocahontas,”). Delivery would be in the early afternoon two days later. Excellent! I could do a little straightening in preparation, but spend the bulk of my time doing outside chores. I’d still have plenty of time to finish cleaning the morning of delivery… 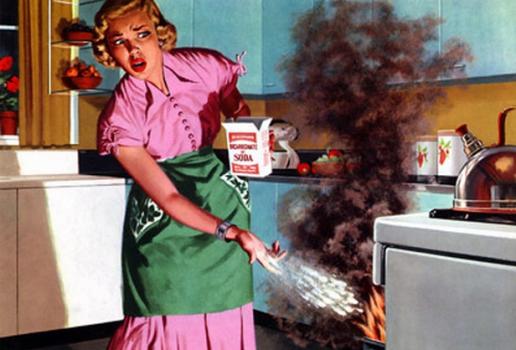 NOPE. I got a call the late in the afternoon. I’d been mowing and raking and pulling weeds.

“Would it be okay if the stove was delivered between 8:30 and 9:00 tomorrow morning?”

Every year when the cold weather starts and you live surrounded by cornfields that have been freshly harvested, you get mice. There’s just no two ways around it. It’s disheartening to see those little poops appear in your drawers and cupboards. You have to thoroughly clean not only the cupboards, but the contents, as well. You put out a little poison and wait a few days. If you don’t see any fresh poops, you put the contents back in their places and hope for the best. This year the mice would just not take the hint. A few days later, more poop would appear and the whole process would begin again. Such is the glamour of living out in the country in the middle of nowhere.

After the third or fourth time I gave up. I knew when the warmer weather hit and the fields were planted again, the little varmints would disappear. I decided to wait them out. For the past several weeks my pots and pans have been conveniently and pooplessly on my countertop. My silverware tucked into cupboards above, where mice don’t seem to go. All well and good when it’s just you there. Now I had company coming. Delivery men, to be sure, but company nonetheless.

The morning of the delivery, I bit that bullet, donned rubber gloves, and went for it. Plenty of time! I said to myself.

Hmm. All this cleaning was taking longer than I thought. Maybe the truck will be delayed. I called to check, only to be kindly reassured, “They’re loading up the truck now, they’ll be there very soon.”

GONE were the visions of my entire downstairs sparkling clean. GONE was the vision of a freshly mopped and gleaming floor. GONE was the vision of my washing machine in the basement merrily washing, the huge mountain of dirty laundry spitting out of my bathroom finally transferred downstairs to be washed, folded, and neatly put away. Perhaps I could paint my nails whilst I waited for their arrival, I had naively thought a mere two hours earlier.

Instead I SHOVED that pile of laundry further into the bathroom and slammed the door. I didn’t mop, instead settling for a quick sweeping. It was a decent enough job. One of the smartest things I did was to change the Scentsy.

“This house smells good,” I heard one of the appliance guys say as they left to go get the stove after surveying the kitchen. “Yeah, and look at that beautiful woodwork,” the other responded. I felt a glow.  They were far nicer than the Batman had been. 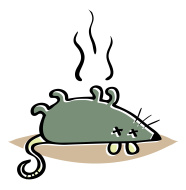 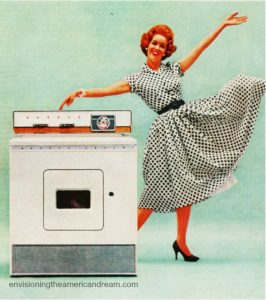 When the stove guys removed the back of the old stove to get the cord (new stoves don’t come with cords nowadays, which seems odd and somewhat stingy), they discovered…an electrocuted mouse.

Until next year, of course.

There are many things afoot in the world of Hazel Twigg, thus leading to the brief hiatus when it comes to O.L.D.s. Updates coming soon, and a new doll coming this Sunday!

Posted in Life in Iowa | 2 Comments »