The Art of Holding On 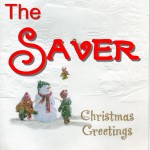 I confess, yesterday was a hard day for me. Apparently, losing one’s father is not something you get over in a week. Most likely, not in a lifetime. Not when he’s been with you for your particular forever!

I see him every time I look at my hands. I have his knuckles! Or when I look at my hair in the morning. I have these little baby hairs at my temples that wisp forward just like his did on those sleepy school mornings and every morning in between.

So as I wept off and on I went about my day feeling lost and missing my dad. I was performing the semi-annual cleaning of the top of my fridge (yes, I should do it more often I know!). Like most, I have things stuck to the outside of my fridge with cute little magnets shaped like apples or vintage Halloween and Christmas post cards.

The things that are stuck there are useful things: the Rolfe library hours, or weights and measurements for cooking, things like that. Things that become invisible unless you need them. There isn’t a ton of stuff there, not like when Adam was young, but what little there was had become Invisible to me.

It wasn’t until I knocked one of those things to the ground as I stood on my stepladder and cleaned that I saw it. Not until it suddenly appeared before my eyes on the floor. Maybe because it was the same color as my refrigerator. But now, there it was! I opened it and saw: 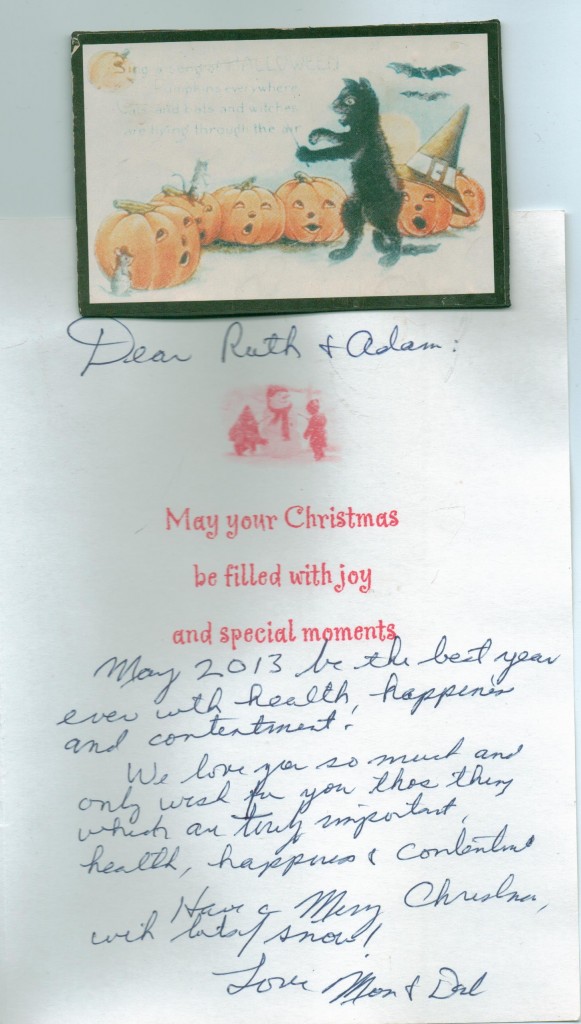 I swear, I don’t still have a bunch of Christmas cards, clinging to my fridge. Just the one, and it was for some reason on the side where I never look at all. That dear handwriting with words of love from my Dad. The boost I needed, when I needed it most.

I understand how anticlamactic things can be with a book that trickles out week by week and a blog that isn’t always perfectly written and that life goes on and the holidays are coming, and in truth, sometimes I feel that way myself.

But yesterday, I decided to also tackle a question that my birthday brother Kenny had raised about next week’s chapter. A major thing that required some thought.

In my research for my response I did some reading of future chapters all the way to the end of the book and beyond to the other books in the series. And I received the second much-needed boost of the day. This is a good story. I can hold on.

So, you! Go about your business! Hazel Twigg will be waiting for you when you return.

Tonight at midnight! Chapter 16 The Class With No Name.