A POSER I S’pose!

I s’pose! Another favorite Iowa saying of mine. You’ll be talking in a group of people, the conversation dwindles, and one person will say, “Well, I s’pose!” and just like that, the group breaks up and goes their separate ways.

Not that that has anything to do with today’s post, except we have two new color illustrations to premiere and one of them is nicknamed “The Poser” which is *kind* of close to “I’spose!”

Hey, it’s Monday! One does what one can…

First, “The Poser” (see?!) from Chapter 24 Scotcharoo’d. Marlene is trying to make an entrance after coming into the town gas station from the constant Iowa wind. My sketch: 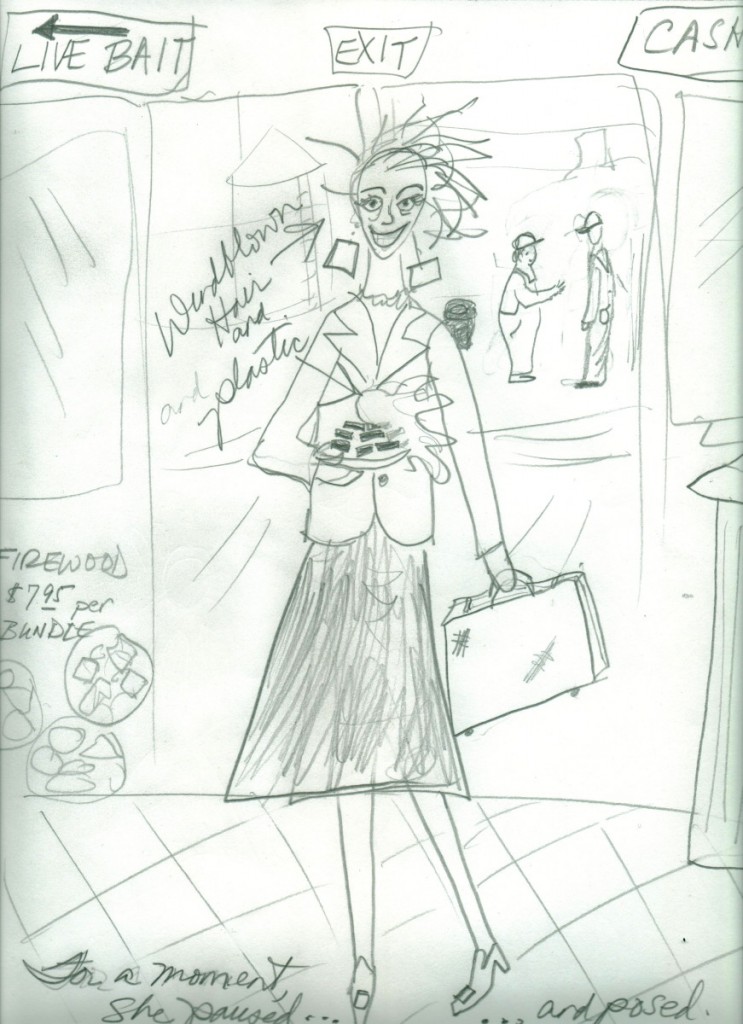 The eating area was empty. There was no one else in the station except the two clerks. And Maxwell. Marlene’s cheeks flushed, and she imagined that she looked as pretty as a picture standing there. For a moment she paused. And posed.
“Marlene.”
Ooooh. She loved the sound of his voice. “Why, hello Maxwell!”

Ah, that Marlene. She is as lovely as ever.

And from Chapter 25 The Excursion, “Woolworth’s.” On their first drive through town after decades of being dormant, Dot and Betty are recalling how Reliance used to be with the twins who were their first little humans. My sketch: 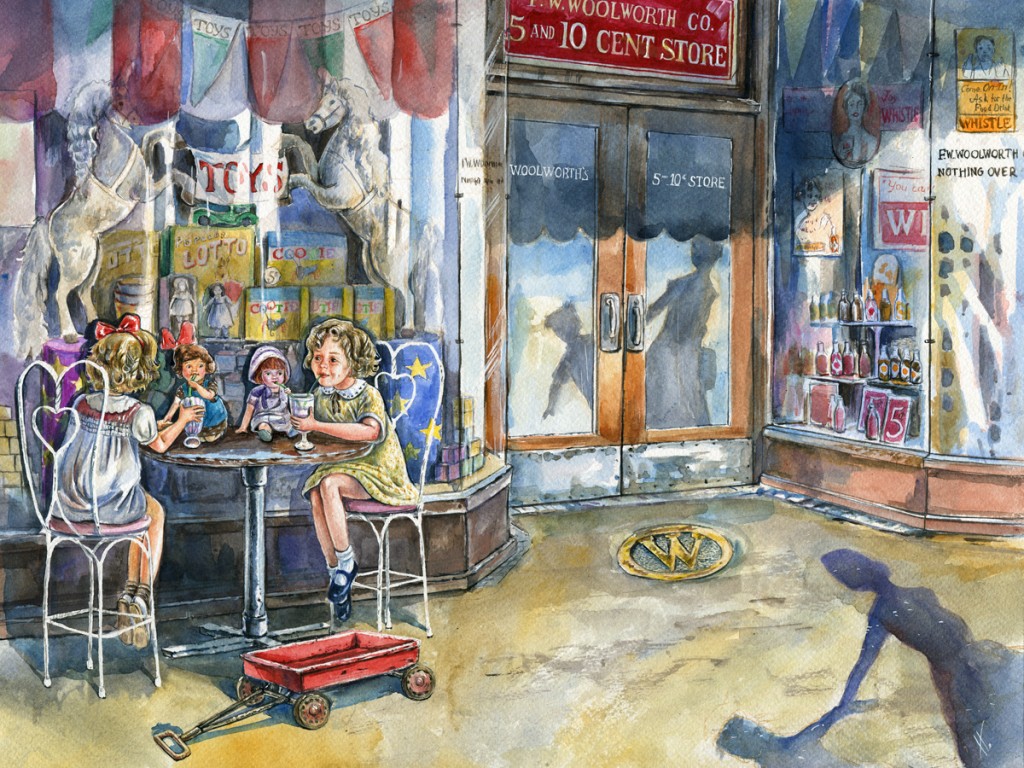 “WOOLWORTH’S IS GONE!” Dot and Betty shouted in unison.
“What’s a wool’s worth?” Hazel asked.
“Woolworth’s,” Dot corrected. “It was the very best store ever. They had everything! We used to search for old bottles and then turn them in for money – which we usually spent at the soda fountain. We would buy malteds and egg creams…Well, we wouldn’t get our own, but Jane and Jenny would share with us…”

I love the shadows of the passersby in the foreground and all the details our Nina adds.

Have a lovely Monday! You’re my favorite, I s’pose!

Posted in Creating the Art | Comments Off on A POSER I S’pose!
Tags: I s'pose!, iowa, Woolworth's