My brother Dennis is a Wizard. I’ll just confess that right here. Look at the NEW teaser for Chapter 2, Smith & Jones in The Discovery:

And now, the art. First off, here’s a bird’s eye view of the basement (I hope it’s what you had in mind from my description as well) that I sketched out so that Nina would know what I meant: 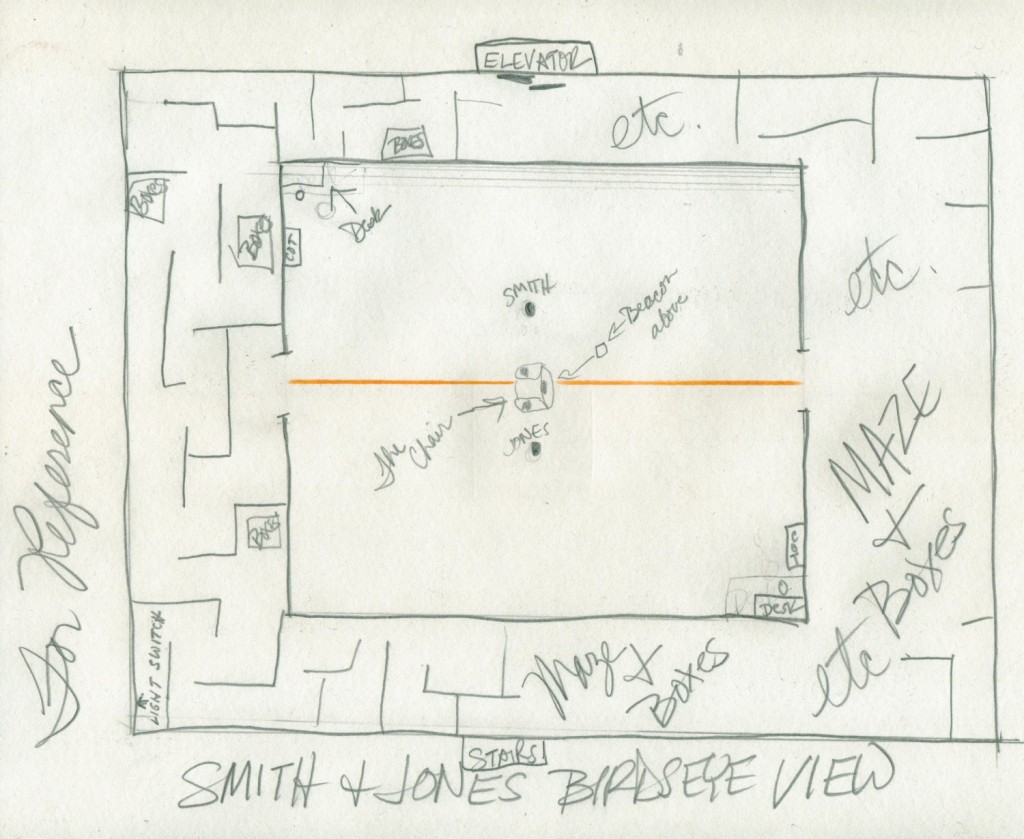 And The Chair. I had sketched it at an angle, but then decided to put in the part about the lever, and Smith & Jones wondering if there was one and if it was on the other side. Therefore the chair needed to sit half and half, but here ’tis: 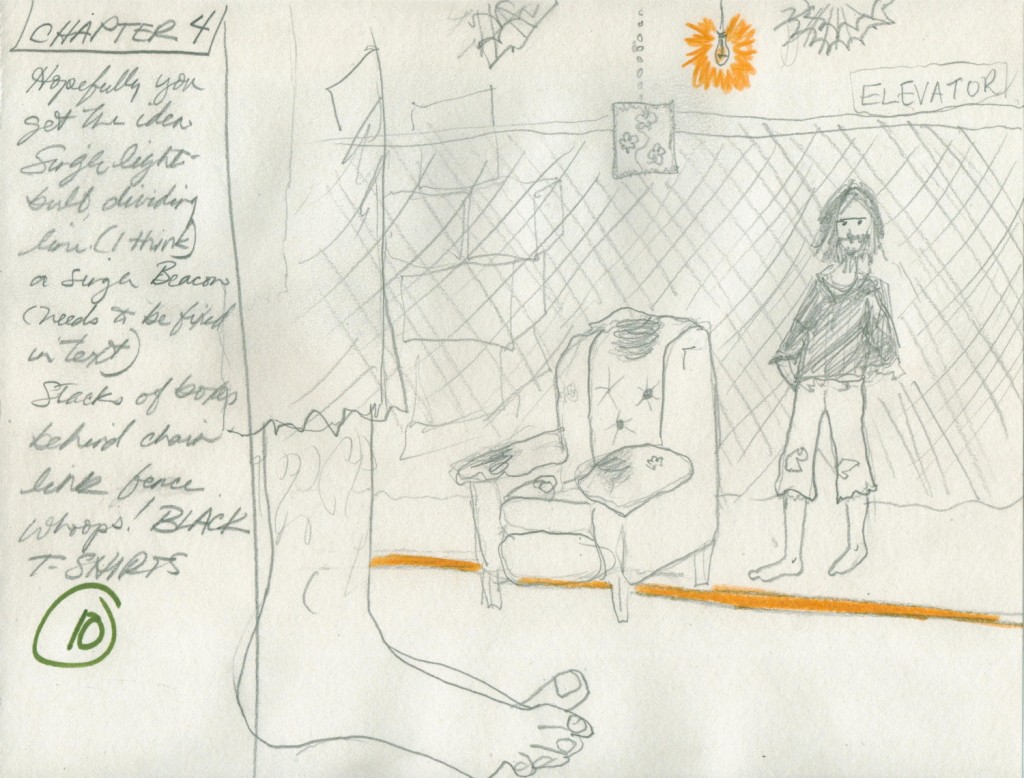 And the t-shirts! I’d been seeing these t-shirts on Pinterest, and loved the idea. A monster head is printed upside down and on the inside of the shirt. Clever! So… 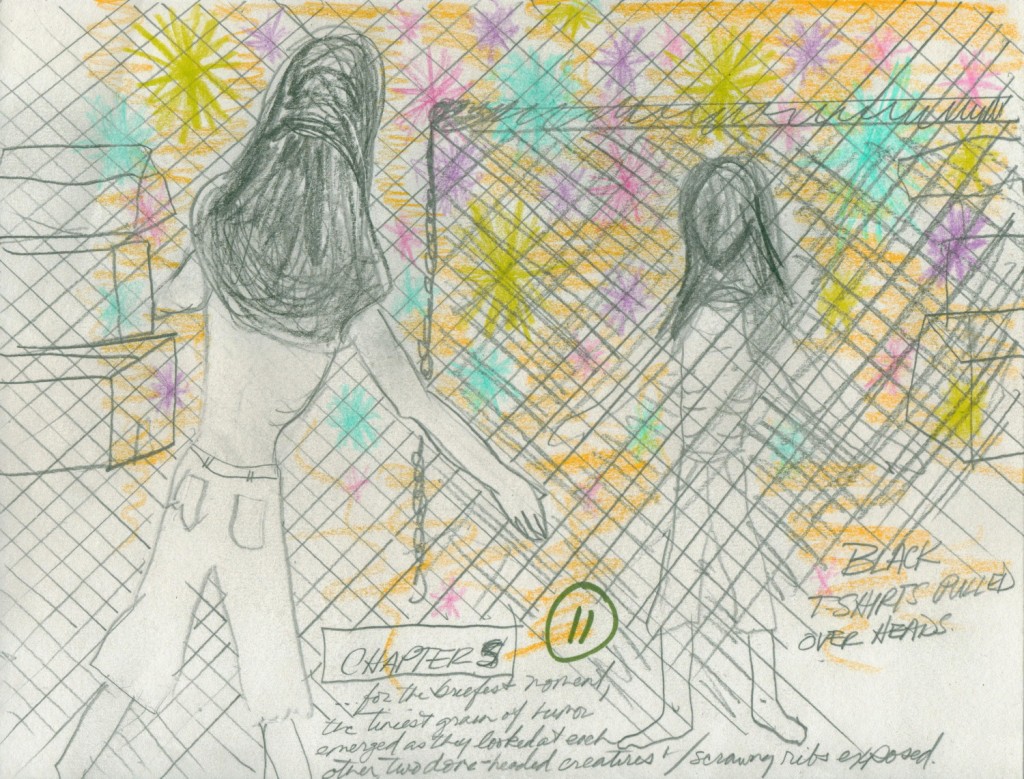 After thinking about it, we decided that we’d rather not see Smith & Jones’ bare chests. Ahem. Enter Nina: 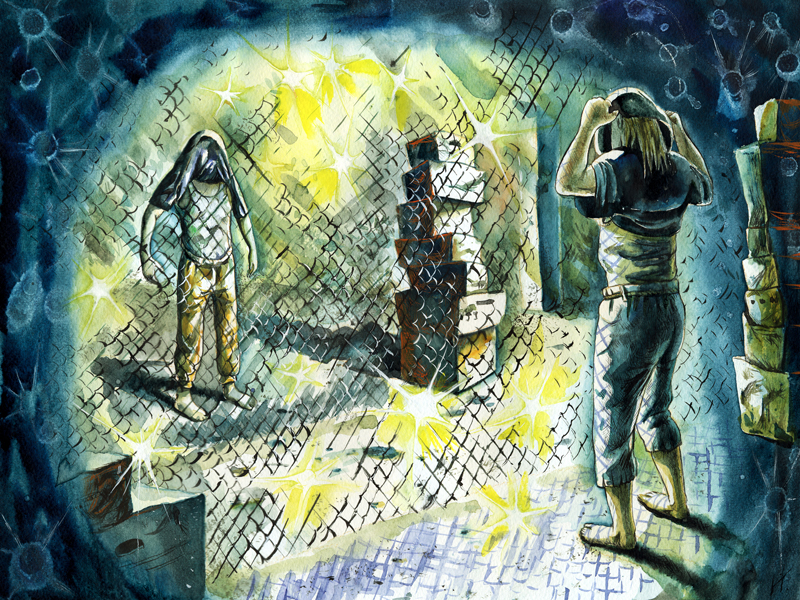 And there you have the artwork for Chapter 5! And the excellent teaser for Chapter 2! Now all you have to do is have a GREAT weekend! 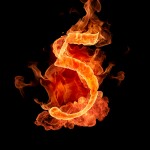 Smith and Jones are back in Chapter 5’s The Race. And this time they’re taking no prisoners. ‘Cept maybe each other… 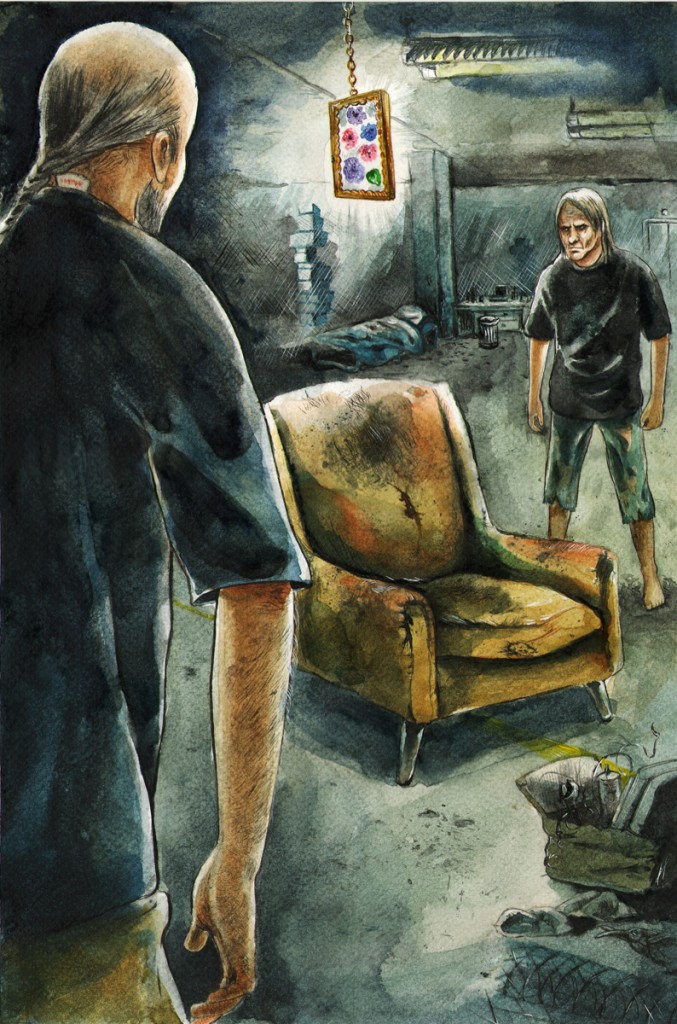 This is my 101st post! Ta-dah! Also, I initially spelled “Premiere” wrong. I’m like the Amish, always needing just one flaw in my quilt of a blog, to show that I’m not perfect… 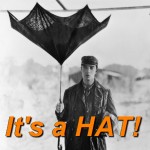 She is AMAZING. Of course, she had good inspiration. Heh. As we wait for Chapter 3, I thought you might like to see part of the process.

Nina Khalova is the very talented illustrator hired for Hazel Twigg & the Hollyhock Hideaway – once it was discovered that I actually couldn’t draw very well. My siblings at least let me do the initial design! And then Nina takes over from there. For example Chapter 1, Hazel in the backseat (see if you can guess whose is whose):

Or at the ticket counter. Mine (in case you couldn’t guess):

She adds so many wonderful details.

For some reason I didn’t save Nina’s final illustration of Chapter 2’s Smith and Jones on my computer, but glass half full! Now you can see another part of the process. Here’s my sketch: 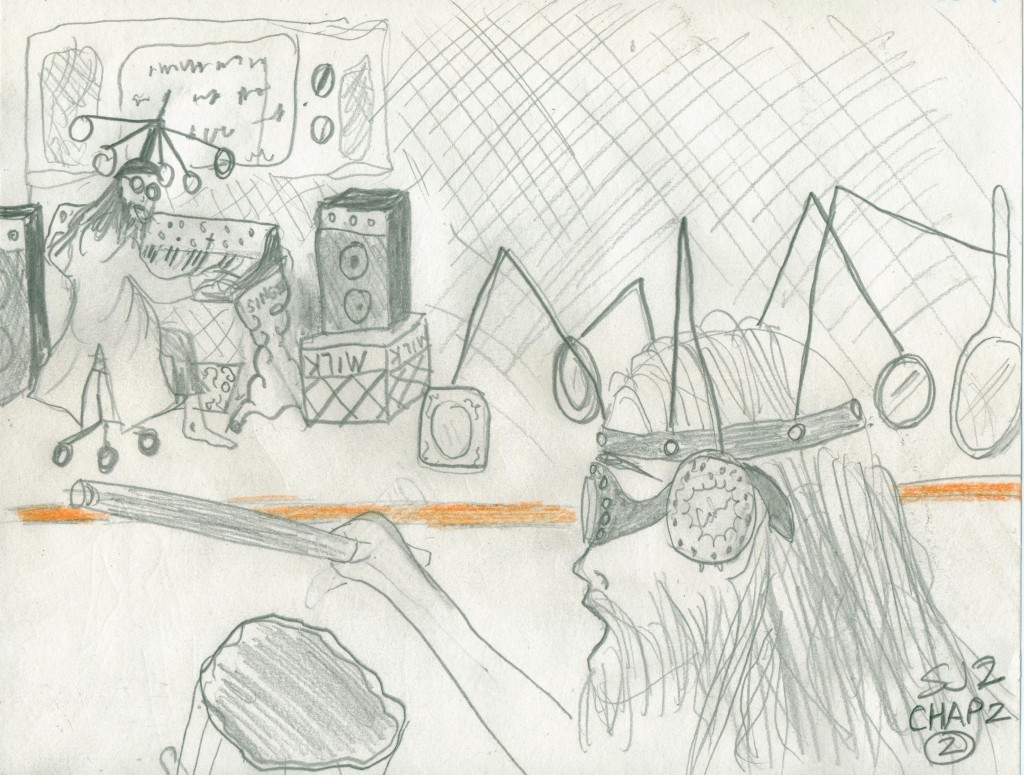 Smith and Jones’ “hats” are made from umbrellas that have been stripped and taken apart.

It was a tricky angle to capture. Smith and Jones’ corners are far apart, but we wanted BOTH of them to show up close. Here’s Nina’s initial sketch. It’s a VAST improvement (of course). Just a few changes needed to be made before it went to color. Can you guess? Answers below: 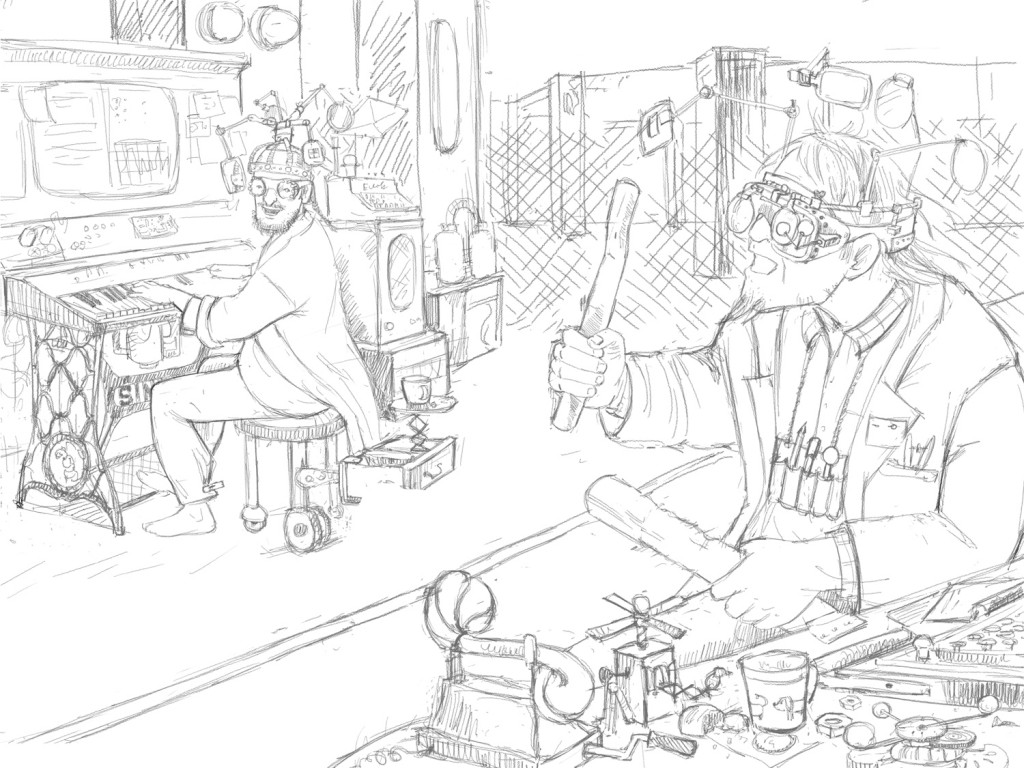 1. Smith is playing a metal garbage can, not two pipes.

2. Taller chain link fences surround, with stacks of boxes behind (okay, that one’s not too obvious, it’s just how I pictured it in my mind. Nina is very obliging. And PATIENT).

In the end, NOT TOO SHABBY. We’ve loved Nina from the start. She can take a simple scribble and embellish it and add life and things we never would have thought of. Viva la Nina!

And GOOD NEWS: The main techno Wizard has made it so the illustrations will load much faster – without compromising the quality! About a third of our respondents had slow load problems (including myself), so, yay! 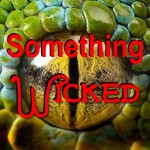 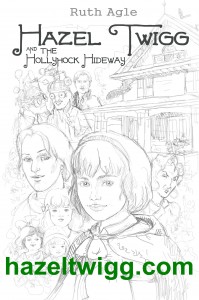 CLICK TO ENLARGE. The first draft of the book cover. Squee! That’s a glimpse of Smith & Jones at the upper left. I think you’re going to love them. My brothers think the drawing of me looks a little masculine. I like it. I think I look like Richard Chamberlain, and you can’t get much prettier than that.

As I’ve mentioned time and time again, it took several versions to get to “Hazel Twigg & the Hollyhock Hideaway.” It first started out as my beloved dolls with names and stories written for them.

Then it was decided that I should write an entire book instead. I had in my mind a sweet and old-fashioned book, kind of along the lines of Johnny Gruelle’s Raggedy Ann stories.

It wasn’t until around version seven or eight that it was decided that there needed to be a bad guy. “A bad guy?” I exclaimed, lifting myself out of the hearts and flowers from which I’d been writing.

“A bad guy,” my brothers insisted.

“All righty then,” I said. And instantly, it popped into my head: A Creature in a Basement.

And I had fun! So much fun. It’s fun to write less than savory characters! With a little dark humor thrown in for good measure. I was cackling like a madwoman as I wrote!

That creature has since morphed into two humans, who have themselves morphed from one little chapter to being regular characters throughout, but as with all my writing I try to base it on Things I Have Known. So here is the true story from whence Smith & Jones (the working names that stuck) sprang:

There is a creature in my basement!

I was down there stomping on empty detergent containers for recycling when I heard a strange chirruping noise coming from under the basement stairs. Was it my imagination? I froze and quickly left. 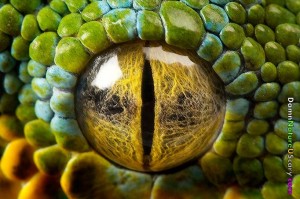 For sometime afterwards, whenever I had to do laundry I would take my cat Elsie with me as a shield. Whether I planned to throw her at whatever it was as an unwilling projectile or set her loose to “attack,” I don’t know, but I would have been gentle. I heard nothing.

I continued hearing nothing and finally decided that it must have been my imagination. So there I was, cheerfully sorting laundry and singing selections from “Fiddler on the Roof” as I am wont to do, when suddenly I had accompaniment to my singing! 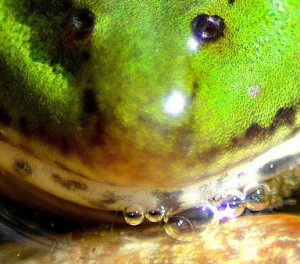 NOT my imagination! I’d been right the whole time! That was little comfort to me as I raced back up the stairs, wondering if it would register to me what the creature was just before it came flying at my forehead to gnaw at my brain!

I was at the end of my rope. My house was shrinking: I was no longer able to go to the attic (bats), and now the basement was off limits too. But then one morning as I came stumbling down the stairs in increasingly dirty clothes, the mystery was solved.

It was still dark and a movement on the landing caught my eye. What was that? FUR?! FEATHERS?!! My worst nightmare was coming true! It was a creature like nothing I had ever beheld!

Once I calmed myself and realized that I couldn’t stay upstairs forever, I flipped on the light and ventured closer, determined to find out once and for all what fanged creature had been haunting my dreams. 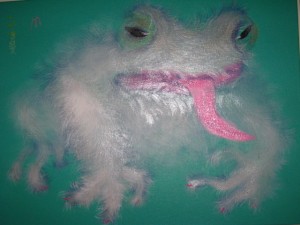 It was…a FROG. Covered with dust and lint! Apparently gathered from its journey into the house. Ahem. Clearly I need to sweep more often.

In my defense, I looked up “frog in the basement” on the internet, and it does happen! To other people too!

And therein lies the germ of an idea that eventually morphed into Smith and Jones.

I later found a second frog! Jones! I released him into the wild, by the creek. I hope he and Smith found each other…