From the Cutting Room Floor

As I’ve mentioned in the past, there have been dozens and dozens of versions of this book, before it became the current version. For months I had Hazel starting out LIVING in Reliance. Not as a native, but as a transplant who had been there for a few years. And she didn’t have a mother, she had a father. A handsome one at that… 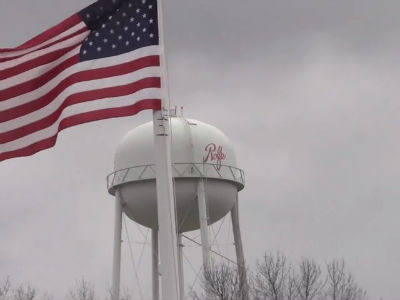 The Rolfe Water Tower. You can just make out the name “Rolfe” in red script.

The town of Reliance, Iowa, population six hundred give or take, was the kind of place that upon seeing it – and if it wasn’t your home you wouldn’t unless you had become hopelessly lost – one might wonder who would ever choose to live there. That opinion sat just fine with the town’s inhabitants, who were quite proud to claim it as their own. They would still wave in a friendly enough manner at the rare passers-through, but the “Don’t let the door hit you,” sentiment remained.

Unfortunately for Hazel Twigg, she hadn’t had a say one way or the other when she landed there with her father. They had arrived just in time for the first day of first grade, so while Hazel drew some attention as a new face, nervously clasping her hands together as she was introduced to her classmates, there was so much new to the other children that Hazel herself was hardly noticed at all. 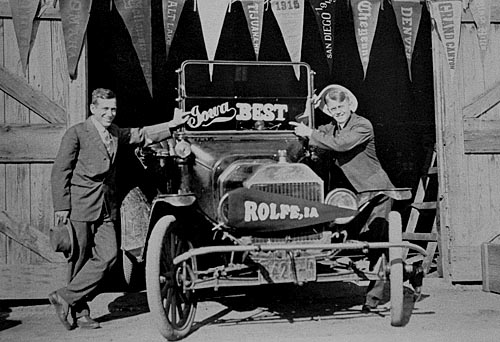 When she and her father moved into the large cream and olive green and burnt pumpkin-colored Victorian, more than one heart had fluttered. Hazel’s father was a handsome man in a place where single men that didn’t have both feet dangling over the edge of a long-dug grave were rare. And right away it was noticed that there was no sign of a woman. Just a tall man in need of a woman’s touch and his poor, motherless child.

So for the first several weeks of the newcomer’s arrival, there was a constant stream of willing, well-meaning females that came knocking. Women of all ages, covered dishes in hand, their faces freshly scrubbed and wide smiles at the ready. When Hazel would curiously run to the front door warily followed by her protective father, the women would greet them with gay utterances of, “Welcome to our town!” directed at him and, “Look at that hair!” supposedly directed at Hazel because they ruffled her honey-colored hair as they spoke, although their eyes never actually looked in her direction after that first quick glance. One by one they would wander away moments later, not quite certain what had happened, only that the town’s newest bachelor had somehow politely but firmly resisted their wiles.

Each subsequent female was certain that she would have more success, that the chatter at the post office, the grocery store, the Tuesday morning coffee at the library, had simply been put out by other predatory females. And even if the rumors were true, such would not be the case for them. Surely not! They left their platters of Maid-Rites, or Ham Balls, or chewy Scotcheroos behind with their names and phone numbers conveniently taped beneath, and they waited in vain for a call. A call that never, ever came.

“Poor little Hazel,” the townsfolk would say. It wasn’t her fault her father was probably some sort of criminal, living on the lam…

I tried every which way to get this scenario to work. A handsome man for Ruth, just ripe for the plucking! And a good one, too! Most likely. But I’ve learned: if you get stuck, it’s time to try something else (not that the handsome man angle was the main focus in this version. I swear).

All photos are of Rolfe, Iowa. Quite possibly the grandest place on earth.