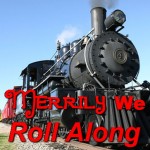 Since there are three days left this week, and since the first three excerpts from the book have been released, I’ve decided to write a about each section for each day and explain a little bit if the background for that portion and the things that led to them. Today’s the Prologue’s turn.

As previously mentioned, this final version of Hazel Twigg & the Hollyhock Hideaway has greatly morphed over the past near two years. I call this the 27th version, but there’s really no way to know for sure. My siblings have been helping me every step of the way with timely suggestions and thoughtful critiques.

Along about version 23, so pretty late in the process, I was asked where the Hideaway was. “In the middle of nowhere,” I answered.

My siblings were surprised. To a person, they imagined it in a town not unlike the town in which I lived. What?! It was my turn to be surprised, because in my mind it was more like a cozy island, where other people, other strangers, rarely show. After all, this was my first (okay, 23rd) stab at a book, and one thing I’ve learned is that the more characters there are, the trickier things get. I knew that having the Hideaway in a town would mean more characters and dialogue to juggle.

But alrighty, then! Challenge accepted!

I am not a native to my beloved Rolfe. Still, I knew there was a bit of history there and I’ve seen signs for “Old Rolfe” (after several attempts, I finally found it!). Enter the Rolfe, Iowa website, and especially the history page. Voila! In it’s history, Rolfe has moved! Because of the train tracks that originally passed it by! This could work. I decided to add a prologue to the book to set the stage, and rather than moving the Hideaway to the town, I would bring the town to the Hideaway.

I also knew that I wanted the town’s name to start with an “R,” and to reflect the no frills, warm and friendly yet keep-to-themselves, salt of the earth people that make up Iowa. And it had to be a name currently not in use for an Iowa town. Enter Reliance.

It’s also true that when the freeway was built, Rolfe almost decided to move once again. I borrowed (with permission) a line from the website, “Too many changes can kill a small town.”

And that my dear and cherished friends, is the History of the Prologue and how Reliance came to be. Otherwise, the Hideaway would have remained in the Middle of Nowhere.

Through the toils of so many, the website is up and running and I’m pleased to announce that the first chapters of Hazel Twigg & the Hollyhock Hideaway will be released Wednesday, August 7th as promised – and about as early on that date as you can get. Which means Tuesday night at MIDNIGHT! Iowa time, of course.

These are the early stages of the HazelTwigg.com and there is still a lot of work to do so pardon our dust as we continue to build, but the most important thing will be there for now, which is The Story.

When you go, and I hope you do, you will see the Map of Reliance, Iowa. Hover your mouse over the Hideaway (you’ll know which one it is) and click on the parchment that pops up. There will be a countdown clock that comes up letting you know when the next release will be and below that will be the chapters (!).

Here’s the clock when I looked at it:

Click the image to see where the countdown clock is now.

Of course, it’ll read differently when you look at it. ‘Tis a living thing, constantly moving!

AND IF YOU DO, I hope you’ll tell your friends. All of them! Post it on Facebook or anywhere else you can think of, because this is where you come in. We need you! My heartfelt thanks to all of you who have been so supportive and kind in your comments as well as those who have sent good thoughts unexpressed.

I am so excited that we’re on this journey together. Now let’s enjoy the ride!

Recollections from my early days in Reliance.
It was the dead of winter. I woke up at 3:15 in the morning as I often do and decided that it would be good if I could get a load of laundry started and maybe clean the catboxes while I was up and get that unpleasant chore out of the way.  I dutifully put some clothes into the washing machine and saw that I’d run out of litter, but there was more in the back of my car.  My pesky cats were trying to get past me as I went out the side door so I quickly slammed it shut behind me.

Living in Reliance, I don’t lock my car. After retrieving the cat litter from my pantry on wheels, when I went back to get into the house the door was locked!  See? THIS is why I never use that particular door!  I haven’t mastered the deadbolt on it!  Going in and out of the front door gives me more pleasure! END_OF_DOCUMENT_TOKEN_TO_BE_REPLACED