Premieres, You Might Want To Be Nice To Me & Look What I Found! 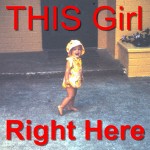 Premieres. TWO of them: This morning when I awoke at my usual early hour, it was to discover that my brother had put together Chapter 13 for its premiere tonight. My heart pounded as I flipped the pages…dare I hope? NOPE. There they were, Nina’s sketches, looking as if an artist had…sketched them. Which she had. They look good.

In a way, I’m hoping that she doesn’t get the revised sketches to us in time so that you can see even MORE of the process. From initial sketch, to revised sketch, to full color version. That Nina is one amazing girl. Oh, sure, she’s no Ruth (thank goodness!).

Also! The color version of the second illustration has now been put into place for Chapter 12 The Wakening.

Hazel Twigg & the Hollyhock Hideaway is slowly unfurling its wings, and you are here at the very beginning!

You Might Want To Be Nice To Me:  Because I very well could be the sister of the next Mayor of Rolfe. Julie Lancaster is EXACTLY what this town needs. She’s an Ambassador of the Positive! She glows from within! She takes guff from no one, and believe me I have tried! She is a quick thinker and passionate with a strong sense of right and wrong! 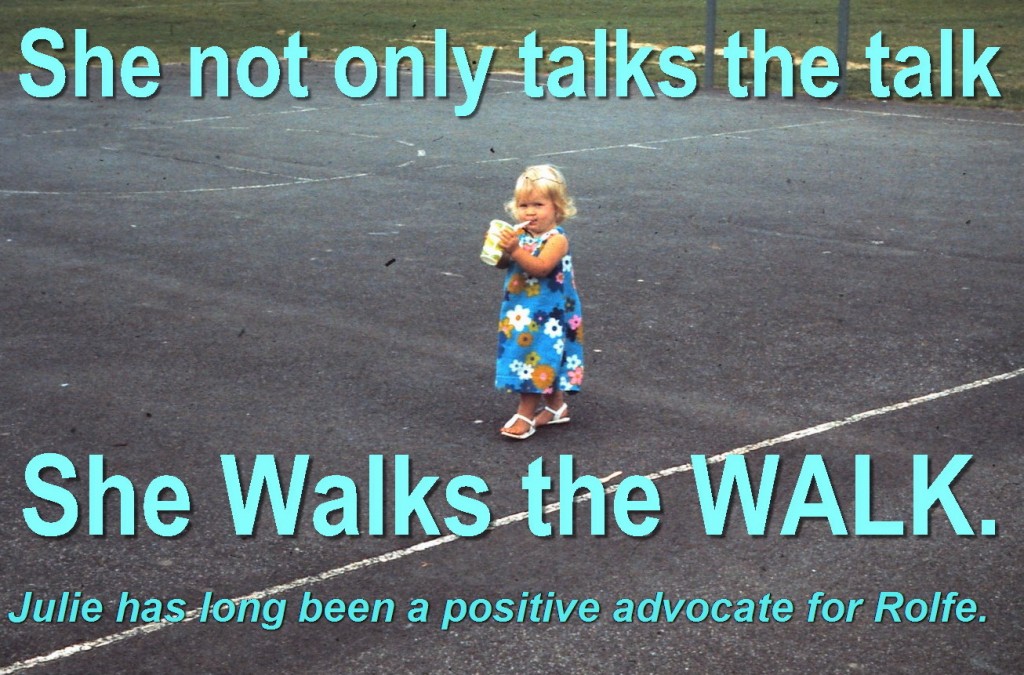 Good thing I didn’t accidentally drown her when she was 2!

And, no, I don’t want Julie to be mayor in the hopes that people will continue to get us confused and think that I’M the mayor and have me over for dinner…although we DO kind of look alike… 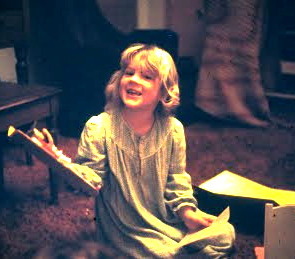 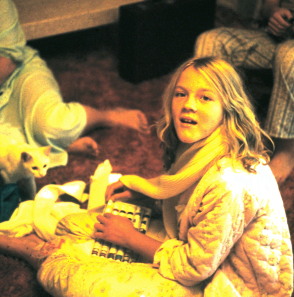 True, I may be a bit biased, but Julie Loves Rolfe and Wants to See It Succeed and she is NOT afraid of hard work. PLEASE VOTE FOR JULIE LANCASTER FOR MAYOR IN THE UPCOMING ELECTIONS.

And lastly, Look What I Found: 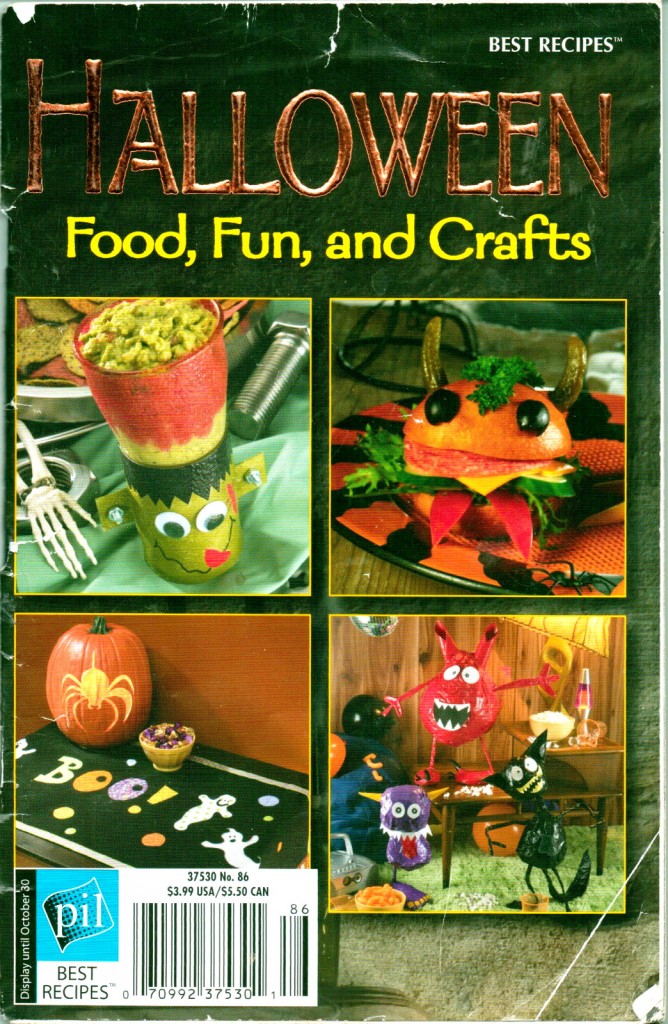 Recognize the creatures in the lower right corner? They’re the creatures that I made! This book, HALLOWEEN Food, Fun & Crafts is from October 30, 2007. It lived up to its name! There are indeed food, fun and crafts in there! 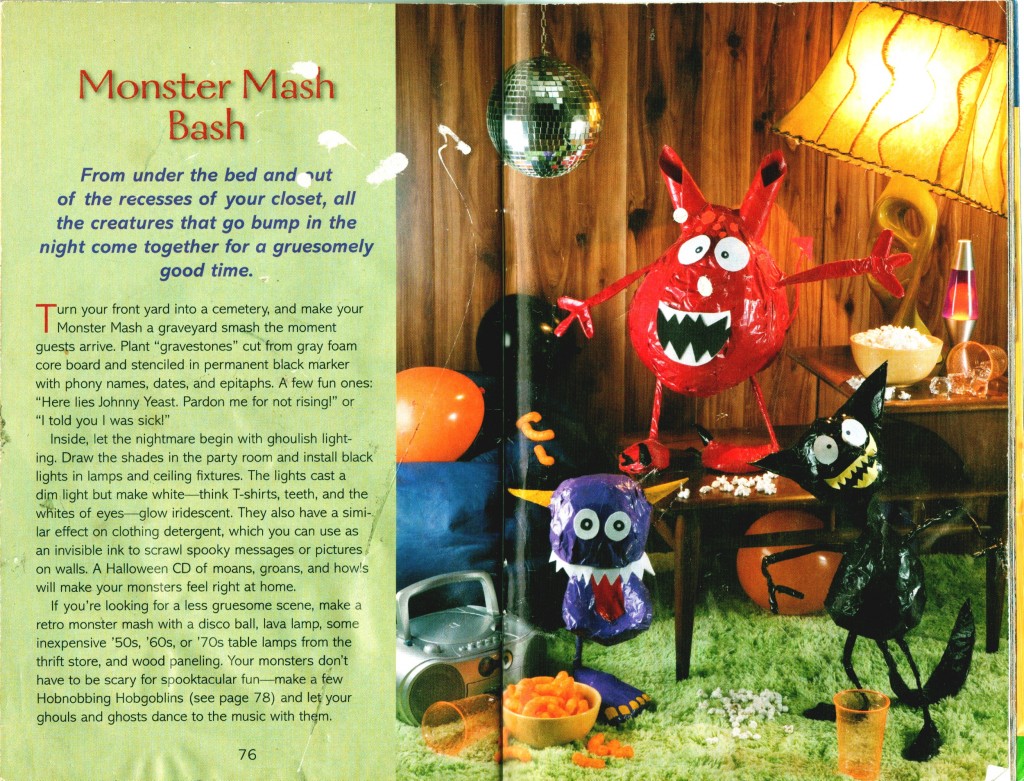 And the second page: 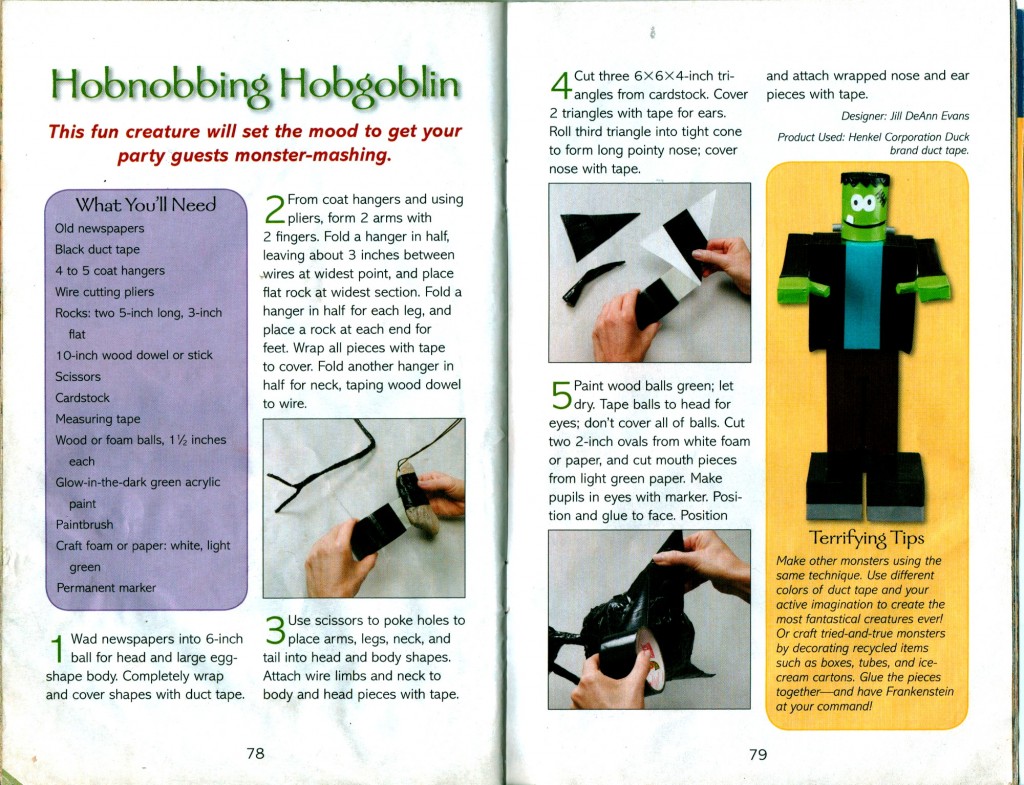 Once again, I may not finish my creature this year. My brother Dennis and I talked this past Sunday and I have a lot to do Hazel Twigg-wise. There’ll be a new feature for the dolls that I work on, we’ve finally reached the very end of the sketches I did so many months and maybe even a year ago so I need to do more. Who knows? Maybe my skills have improved! Or gotten rusty from lack of use…gulp.

And of course I have a doll whose clothes aren’t going to make themselves! Poor thing’s been sitting in that sewing room with half a dress on for days now as I’ve attended to other things.

Where does the time go, I ask you?

Tonight at midnight: the Premiere of Chapter 13 The Question & The Quest.