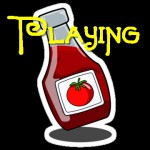 Disclaimer: Sometimes I do these posts late and night when I can’t sleep, which can occasionally lead to them being kinda, shall we say, LOOPY. Such as this post. I should change it, write something better and more noble, perhaps, but I cannot. For I have bigger fish to fry….it being FRYDAY and all. Somebody STOP me!!

We are working to ketchup here (get it? KETCHUP? Do any of you even LOOK at the gallery photo up above?!) with illustrations. Coming soon! In the meantime…

I was at the doctor’s office the other day with my beloved sister Julie, who also happens to be THE MAYOR, thankyouverymuch, and she read me a funny joke out of the handy “Highlights” magazine as we waited. Wanna hear it? Here it goes:

Once there was a car completely made out of wood. It had wooden tires, a wooden body and a wooden engine. What do you think happened when the car was started up?

Wait for it…(here’s a picture of a Highlights magazine while you try to guess. YES, it’s still in print, and was actually quite entertaining)…

Now, perhaps it’s because we were hanging out in a doctor’s office, but I thought that was a pretty funny joke.

Looking for an image of the Highlights magazine, I found this:

As it so happens, when I’m doing labor in my sewing room, sorting through dolls, choosing fabrics, making patterns, etc., etc., rather than listen to music I will watch the same movie over and over and over. It’s white noise and the occasional glance because I’ve seen it so many times before, but I enjoy it. I will watch the same movie for months and sometimes years on end. I wonder what would happen if I ever kept count?

Anyway, my current movie of choice happens to be “Twilight.” Don’t be a hater! CONFESS, you secretly love it too!

Say what you will, that Edward Cullen character is a pleasure to look at and don’t we all dream of being loved as much as he loves Bella?

Which led me to create my very own fan art (because I am mature that way and am secretly a giggling teenager at heart), modifying a quote from the movie: 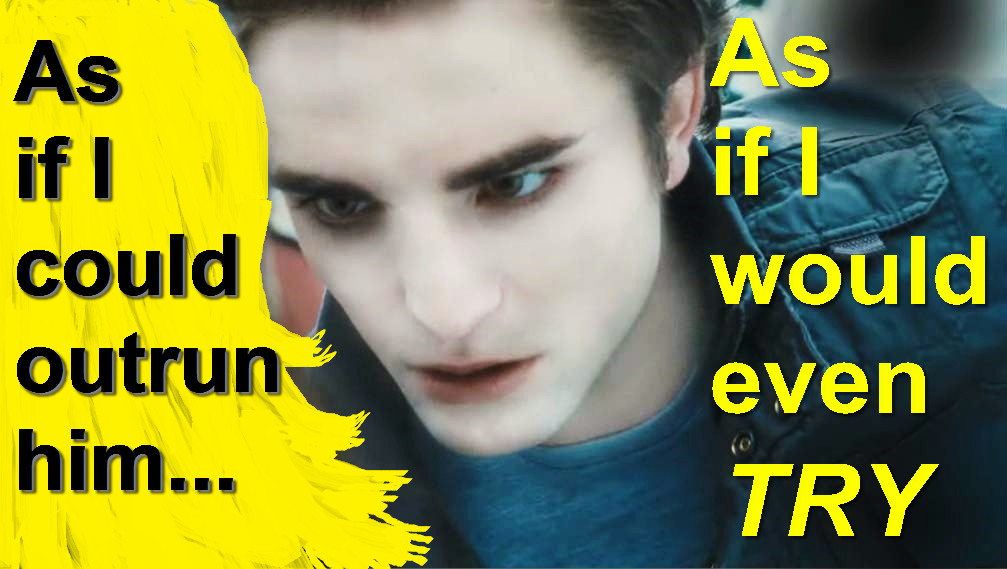 And THAT is my post for today! A joke and some eye candy! IT’S FRIDAY, WHAT COULD BE BETTER?!