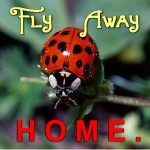 “Mom! Dad! Iowa is so UNIFORMLY CHARMING! You’ll never believe it, I’m being infested by…ladybugs! Isn’t that sweet? What next, are singing birds going to sew dresses for me?”

Ah, the innocence of that first harvest season. Cute little ladybugs! I can think of worse creatures to have in one’s house.

But… these weren’t ladybugs. I found that out the first time I attempted to pick one up. Or did it accidentally land on me for some reason? I forget. What I DO remember is The Sting.

The polka-dotted bugs that were polka-dotting my walls were actually some sort of Japanese beetle brought in to do something or other for crops. You can see my mistake: 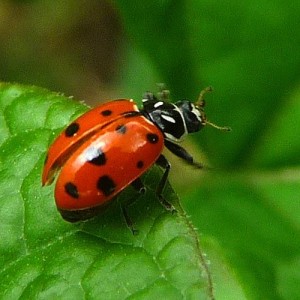 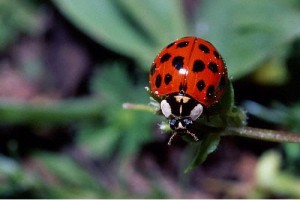 Even worse was when I found out what was causing all the stinging. Pee! The little goobers were peeing on me!

But as with everything, you learn to live and adjust. I secretly wouldn’t want birds sewing for me either. 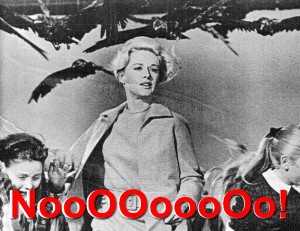 (I’m not going to mention that when the evil imposter ladybugs die they look like popcorn kernel duds, which I happen to adore. They do NOT taste good!..Or so I’ve been told…)