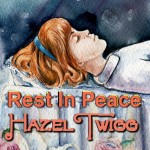 Chapter 4 was a tricky one for illustrations. It’s not that long!

I’ve never had a little girl, so when I first drew out Hazel’s proportions vs. the dolls for Nina, I apparently had her really, really tiny according to my brothers, who have SEVERAL daughters between them. See?

Well, it would take awhile to spot it, but it says 41″ at the top of Hazel’s head, which was the height I thought she’d be. Apparently, that’s practically FAIRY size, even for a nearly eight-year-old girl who’s small in stature.

So when I did this sketch (we were still going back and forth over Hazel’s height. What’s not to like about fairies?), Hazel was grabbing Ruth’s skirt.

In my defense, I do several sketches in a sitting, and after awhile I’m just scribbling to get them done. The smudges are my left-handedness and carbon pencils colliding.

Nina kindly obliged, but when we got the sketch, the skirt-tugging looked kinda silly. So we asked her to have Hazel tug Ruth’s sweater instead: 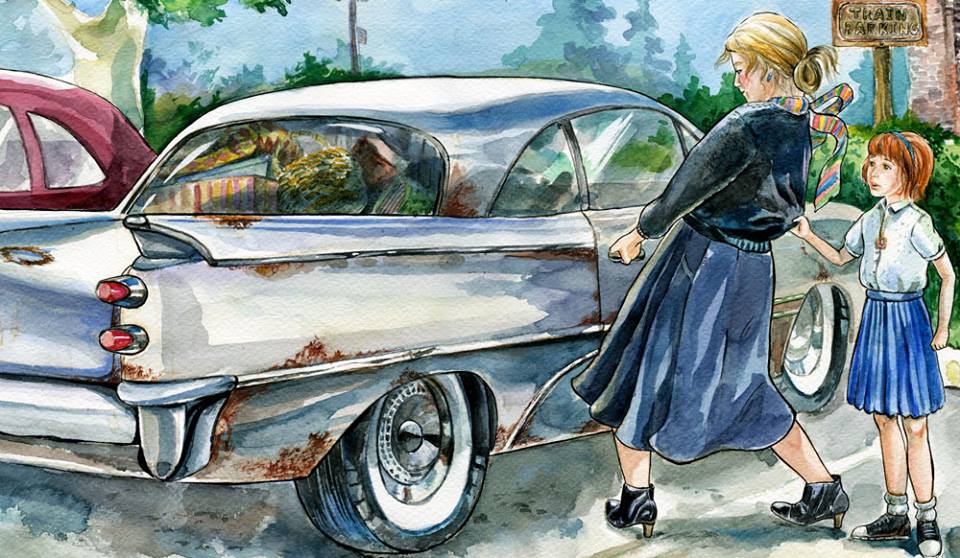 That Nina! ISN’T SHE AMAZING? Look at that COLOR.

Trying to figure out what to do for a second illustration for Chapter 4 was a little tricky. I did a sketch of the car’s packed interior, which was…ho hum. But then I sketched the image I REALLY wanted:

It’s a little bit macabre when you think about it, but I have a somewhat dark sense of humor. It’s kind of a play on a mother saying, “If you get in a car accident and you don’t have clean underwear on, don’t bother calling me!” kind of thing.

We decided to go the more unusual route illustration-wise. Behold:

Nina just keeps getting better and better. We recently got a drawing for an upcoming chapter of a character that you haven’t met yet but that I’ve mentioned occasionally. One that was in the original book. The difference between the two versions is astonishing. I can hardly wait for you to see!

And that is the art for Chapter 4. Happy Friday to you!