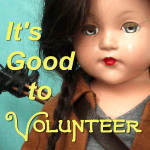 I was also going to call this post “The Day the Music (Stand) Died.” You’ll soon learn why… 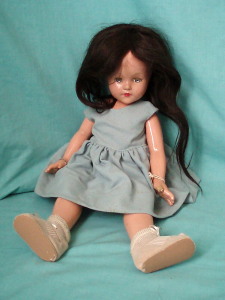 For some reason, you rarely see a composition doll with long, dark hair. Even this girl didn’t start out with her hair that way. Sometime in her life, her wig had been replaced with a human hair wiglet. But when all is said and done, it suited her.

Not only that, despite her blue wool dress, she was something of a tomboy. So I did something I rarely do: I begged her. I begged her to let me dress her as Katniss Everdeen.

“Who?” she asked. Well, of course she wouldn’t know, having been dormant for who knows how many years. But I showed her pictures and she was immediately taken with this character from the Hunger Games series. It helped that her name happened to be “Kat” with a “K,” as in KISMET! 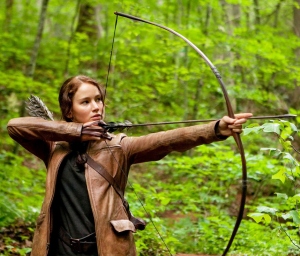 So it was decided: I would make a hunting outfit for her, the white wedding dress, and if I had time, I would modify the blue dress…Kat stopped me right there. “I want the black wedding dress with the wings,” she said firmly. 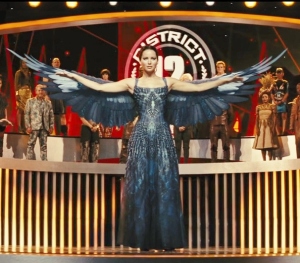 “Well, I can make the black dress, but the wings, um….how would I even do that?”

Just then a crow flew past the window. I had a bow and arrow, ready to go. Hmm…

But then, what else? Since I’m the one who insisted on the main character, I felt I had to give in. I racked and racked my brains. The wings would need to fold, otherwise, she’d be knocking everyone down in her path! What folds? A music stand! I knew I had one in my attic. 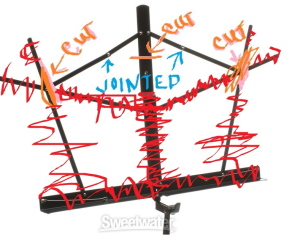 We just used the upper parts not marked with the official-looking red, squiggly lines.

My brother-in-law, aka The First Dude (his wife being The Mayor, and all) kindly cut the stand for me. Sparks flew!

Turns out, music stand joints are pretty flopsy when not attached. It took some doing to get the wings to stand out; a combination of leather, elastic stringing and proper weight distribution. A lot of trial and error. But we got them to work! And they do indeed fold down.

In addition, Kat had her fingers rebuilt. The Effanbee Doll Company Anne Shirley is one of the few composition dolls to have separate fingers. They’re very distinctive with their orange nail polish, and they frequently break. This 21″ girl was no exception. She was missing five out of her 10 fingers! Someone had repaired them in the past, but they were crumbling so I decided to redo them. This is why O.L.D. number 21 took longer than most. You can see her adoption page HERE. 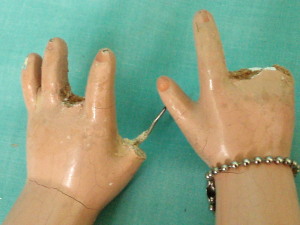 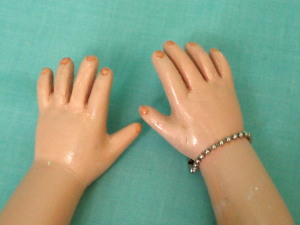 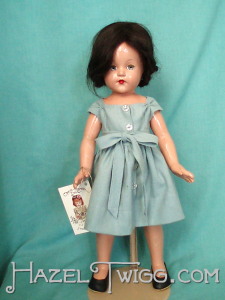 I modified the blue dress our Kat arrived in to resemble the Tribute dress Katniss wore in the first Hunger Games movie. 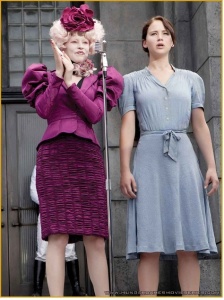 Look at that blue dress! You can see why I saw the resemblance.

And now I’m hard at work on No. 22. She is closely related to Kat in more ways than one. 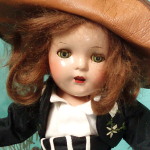 The streak continues! Annie was adopted by Michelle of Colorado. New record! That’s TEN for her! Thank you, Michelle!

And with that, back to the sewing room. Happy Wednesday, you’re my favorite! 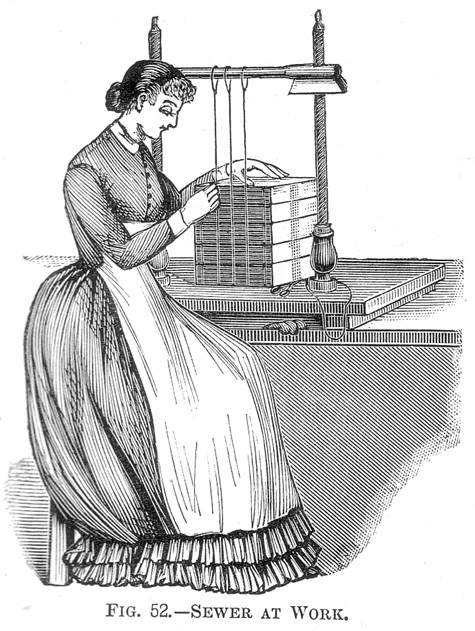 My brothers feel very strongly that I should have a cadre of sewers sewing for me. My knee-jerk response is, “What?! Would you have Van Gogh hand over his paintbrushes and canvas to some random minion and have him say, ‘Here! Paint something with STARS!”

There are several things wrong with what I just writ. First of all, I am no Van Gogh. Second of all, there are plenty of talented Sewers out there.

The real problem is, besides Mozart I don’t think there are too many creative persons that sit down to the canvas, or piano, or computer, knowing exactly what it is they’re going to paint, or compose, or write! It evolves as you go.

But now the time has finally come. It’s time to deliver. Early next week, say Monday or Tuesday, the first Once-Loved Doll (O.L.D.) available for adoption will make her debut, strictly as my little baby. And there will be others after her, fervently toiled and feverishly mulled over with new outfits from head to toe, sometimes more than one as I change my mind on color or style. 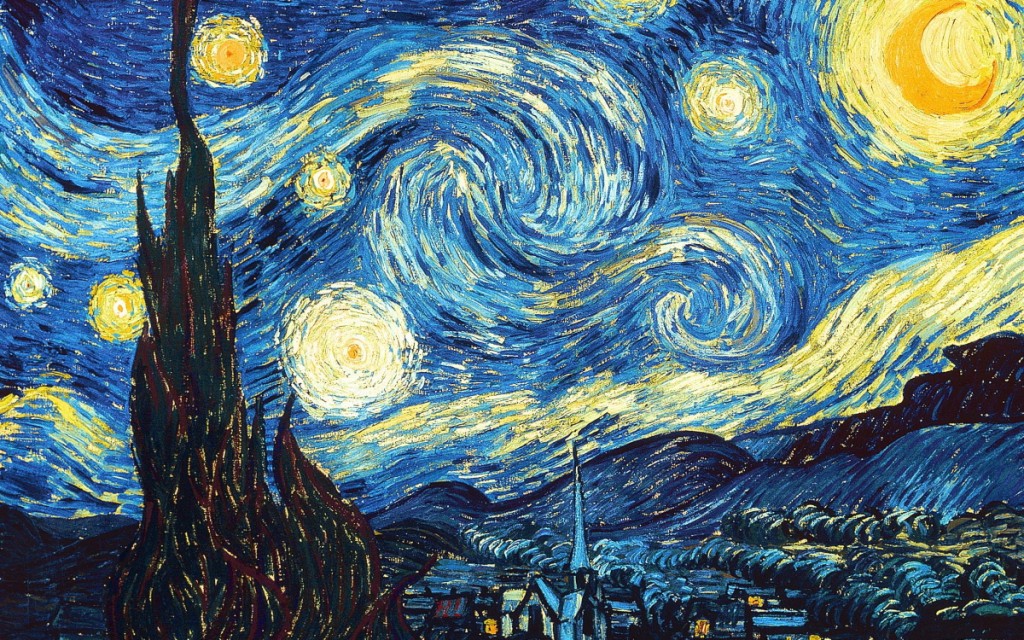 I wonder: Does Van Gogh look at “Starry Night” and see its flaws? Does he wish he would have put one more star over here or added a little more teal or burgundy to that tower thingy in the foreground?  Perhaps that’s what art is: always wanting to be better.

Anyway, for what it’s worth, the time is finally here. And you and I together will see what happens.

On that note, happy Friday! And May The Odds Be EVER In Your Favor.