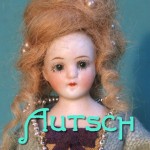 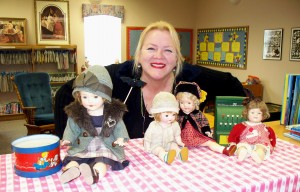 As you may or may not know, Thursday is usually doll day here at the ol’ cork board. And it is! It will be! But first! My debut!

It went very well! I got to talk about my love for Iowa, how this journey began and bats. It was very therapeutic. I am not alone in my fear although I think I can safely say I am still the scardiest cat.

Then I read – out loud and in public! – the prologue and first chapter of my book. No one left or started reading other books (and being in the library, there were hundreds if not thousands around) or fell asleep so…success!

I was a teensy bit disappointed that Colin Firth wasn’t there, but other than that it was perfect. 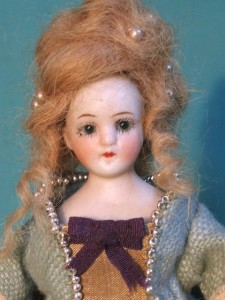 So now we just have a little space and I’ve decided to therefore introduce a little doll to fill it. 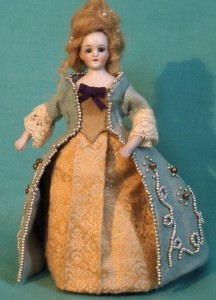 This poor wee thing! Take note: when you hear a tiny knock at your door make sure you look all around before s-l-o-w-l-y opening it. This diminutive darling was knocked off her pins when my screen door was opened as I simultaneously asked out loud who was there. Thank goodness I happened to look down before stepping out onto the porch, it could have been disastrous!

To make up for it, I made a more than usual elaborate gown with lots of hand beading. She was completely bald, so I made a tiny wig for her with a hank of mohair that I curled with toothpicks and I sewed seed pearls into that too. 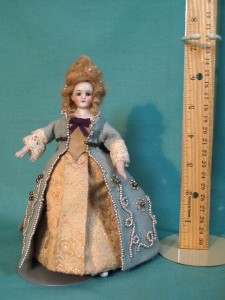 In my defense, she was tiny!

Her entire outfit is linen and silk, but she deserved it after the knocking down she’d received when arriving on my doorstep for help! You wouldn’t think it to look at her, but she only spoke German so we never learned what her actual name was. Therefore we called her “Leisl.”

She wasn’t here for long, even with the hand beading. Love is love, and I’m sure that she’s a happy member of someone’s dollhouse somewhere. 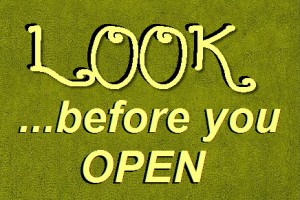 Now a little plaque hangs on my door, the instructions opposite of what you might find for gifts under a tree: 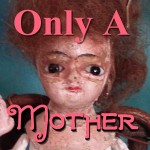 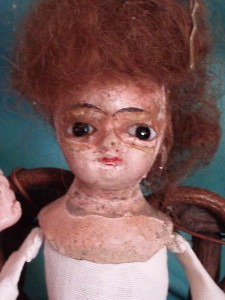 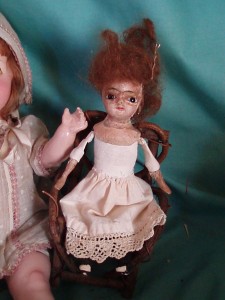 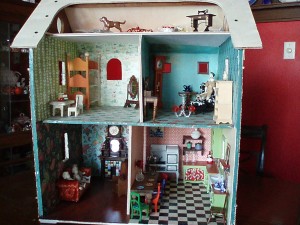 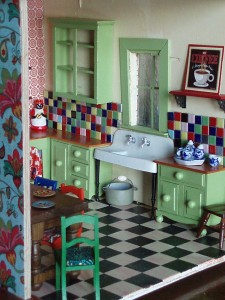 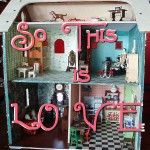 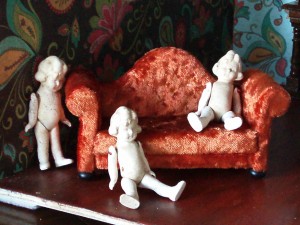 This orange sofa I made is being helpfully displayed by the triplets. It’s unusual to find three alike all-bisque’s that managed to stay together for so many decades, but they have! Some day I will repaint their features, but they’re rambunctious enough, even without their mouths!

There are many other blogs that I love. Blogs that I find useful. Blogs that I aspire to emulate some day. For today’s mini post, I point to my favorite blog on Minis: Casey’s Minis. She is AMAZING and it’s hard not to be intimidated. How many hours are there in the day again?

Clearly she has many more hours than me! So charming! So many pictures! Everything so perfectly done! Fer cryin’ 0ut loud, she weaves her own dollhouse wicker!

Hers is a nice beige. Mine’s a furry orange from an old piano scarf that I found in crazy lady’s store. Looks like something Hagrid would sit on if he were a dollhouse man instead of a half giant (Harry Potter reference, of course!). 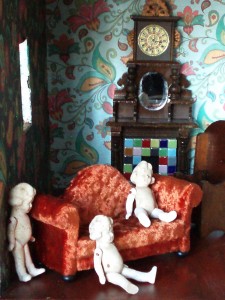 It’s a piece in my much adored dollhouse given to me by a much adored woman here in town. The dollhouse itself, as well as the many characters who inhabit it, will be featured in a future “Hazel Twigg & the Hollyhock Hideaway” book series.

If I’m writing a book, there MUST be a dollhouse! Mine’s slightly crooked, and clearly “Good Enough Construction Company” (of which I am the sole owner/operator) got ahold of it. Witness the lopsided walls! But it’s sturdy! It’ll stand! It chock full of love if not skill! 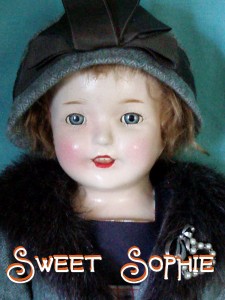 In other news, Sweet Sophie did well by me last night. It was the first night of bats! I’m sure of it! Thankfully, none came to visit me INSIDE my house. That I know of. Of course, my eyes had to close for at least part of the night, so…