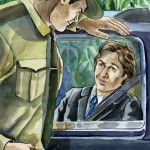 Regarding the difference between my sketches and Nina’s final illustration for Chapter 7, there really is no comparison.

For a person who knows next to nothing about cars, I seem to have a lot of them in these early chapters of the book. I guess that’s what comes from having a Hideaway in a town in the Middle of Nowhere! Now that everyone’s just about arrived at their destination, the magic can begin. But first! Chapter 7 illustrations!

The first illustration was a hard angle to capture, but I was sure that Nina could figure out something that would work. Here’s my initial take: 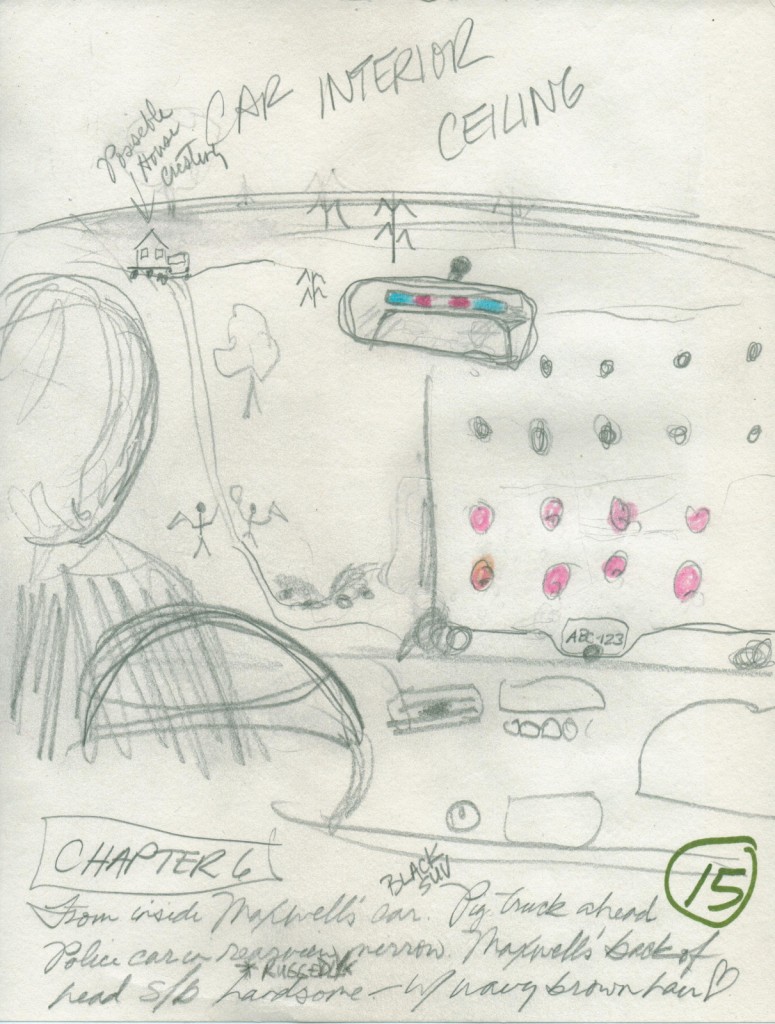 Because I had a hard time getting the angle right, I sketched out a quick drawing of what I meant so that Nina could understand and take it from there: 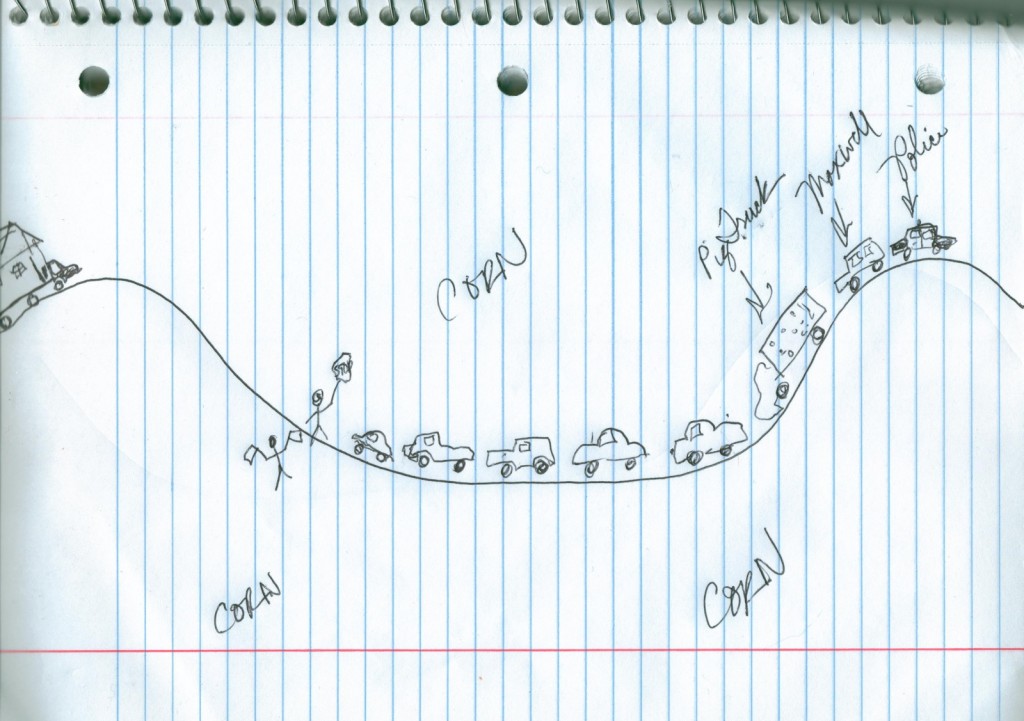 She did! Nina’s angle was leaps and bounds better! We’d already had a car interior in the first chapter with Hazel, so this was a MUCH better choice: 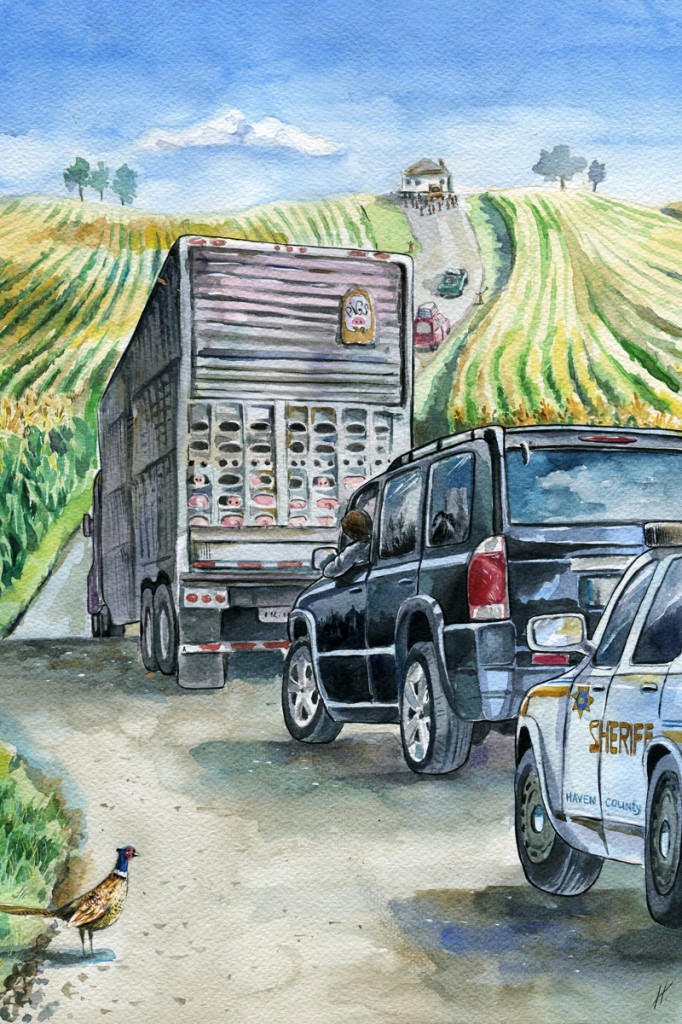 Below is the “Can I help you, officer?” sketch from me. Note, I didn’t draw Maxwell’s face. I didn’t feel comfortable drawing what he would look like, wanting to see what Nina would do:

In yesterday’s post, I had for some reason imagined actor Richard Masur as Maxwell. My brothers absolutely hated that. My younger brother Ken proposed THIS guy: 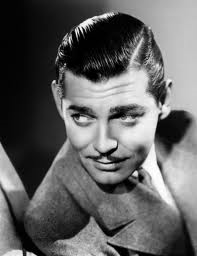 Recognize him? I hope so! This is Clark Gable, of “Gone With the Wind” fame.

Ooh, I see! They wanted a better-looking villain. CHALLENGE ACCEPTED.

Here were MY picks: 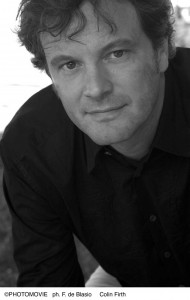 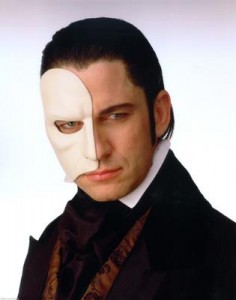 Girard Butler, who secretly looks better with half a mask on.

Nina did her own thing: 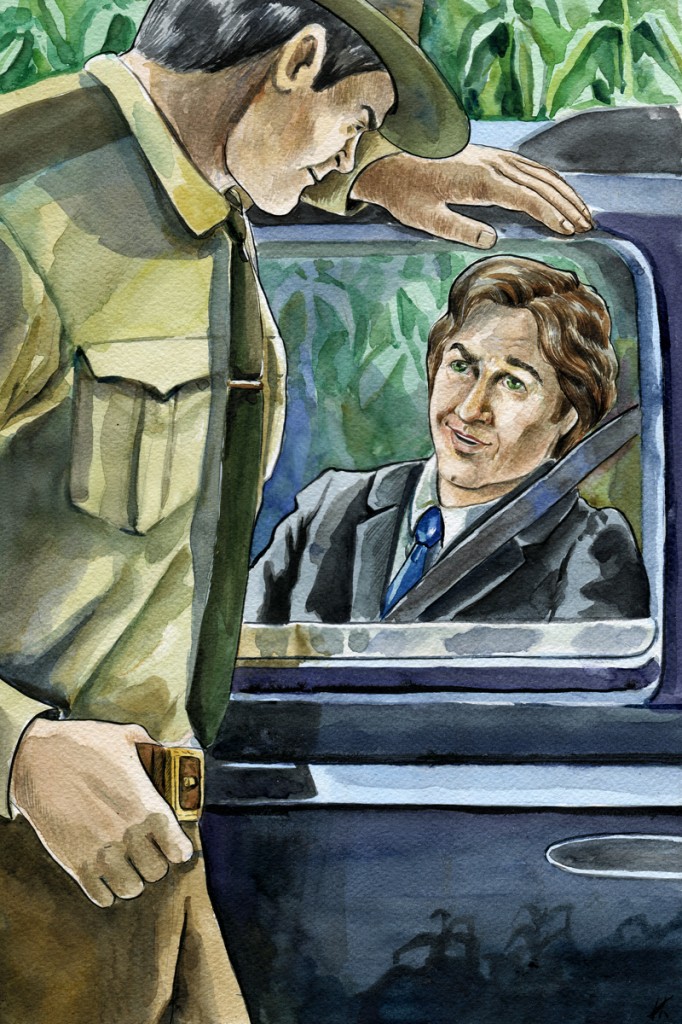 Secretly, I love it. Is it wrong to have a crush on a fictional character, even though he’s not a nice guy? My sore little heart! I would see this image from a then upcoming chapter, and I would find myself thinking, “Yay! Maxwell is on his way!” forgetting that he is NOT on Ruth’s side. Plus, also, he is not actually a real person.

Ah, well! There you have it, my friends. Nina does it again. We hoped to be able to release chapters more quickly than once a week by now, but Nina is scrambling. Apparently, brilliance takes time. Even now she is rushing to complete the illustrations for Chapter 8. Will she make it in time? And what will Marlene make of the handsome Maxwell? We shall see. Oh yes, we shall…

Have a happy weekend!

P.S. Yesterday I was taking my usual walk with my trusty sidekick Teddy around the golf course and cemetery on the outskirts of Rolfe. Just when I got the the single red flashing light, what should pass me, but…a PIG TRUCK. It was empty, so…no matter! Moments later, Wall of Smell! It made me smile.