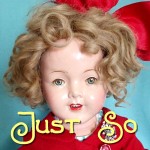 As I work with my newly hired Minions, and as dolls go back and forth and I’m once again shut away quietly in my cell, my mind begins to wander.

This time, we’re back at the Antiques Roadshow 2118. Five years since the last Hollyhock Dolls were unearthed there, revealed by my previous post, Tiffany Scmiffany!

If you watch Antiques Roadshow with any regularity, then you know that those experts are EXPERTS. As in, “For breakfast, the artist who made this item liked to have bacon. But not the thick cut, the thin and crispy. Preferably maple glazed from Gunther’s farm, but Johann’s farm would do in a pinch…”

So it should have been no surprise to me to discover that some companies have within them certain artists, and the Antiques Roadshow Appraiser recognizes their work and knows their history. “This was made for Rookwood Pottery Company by an artist named so-and-so who was with them in the early days before moving over to California Pottery…”

Switch back to the present, as we here at Hazel Twigg train the new Minions – the very first new minions – to work on these Once Loved Dolls (O.L.D.). Cleaning and doing hair and the sewing that’s to come…

So! Antiques Roadshow, 2118, The Appraiser: “Ooh! Ooh! This is an early, early Hazel Twigg doll! You can tell by the mark on her back of course, but also, this doll’s hair was done by a very special specialist. The very first one! Look at that signature curl! Look at that shiny cheek! Perfection! I’m not supposed to do this, but I’ll give you 150 million dollars for her!!” (inflation, yes, but that’s still a lot of dough). 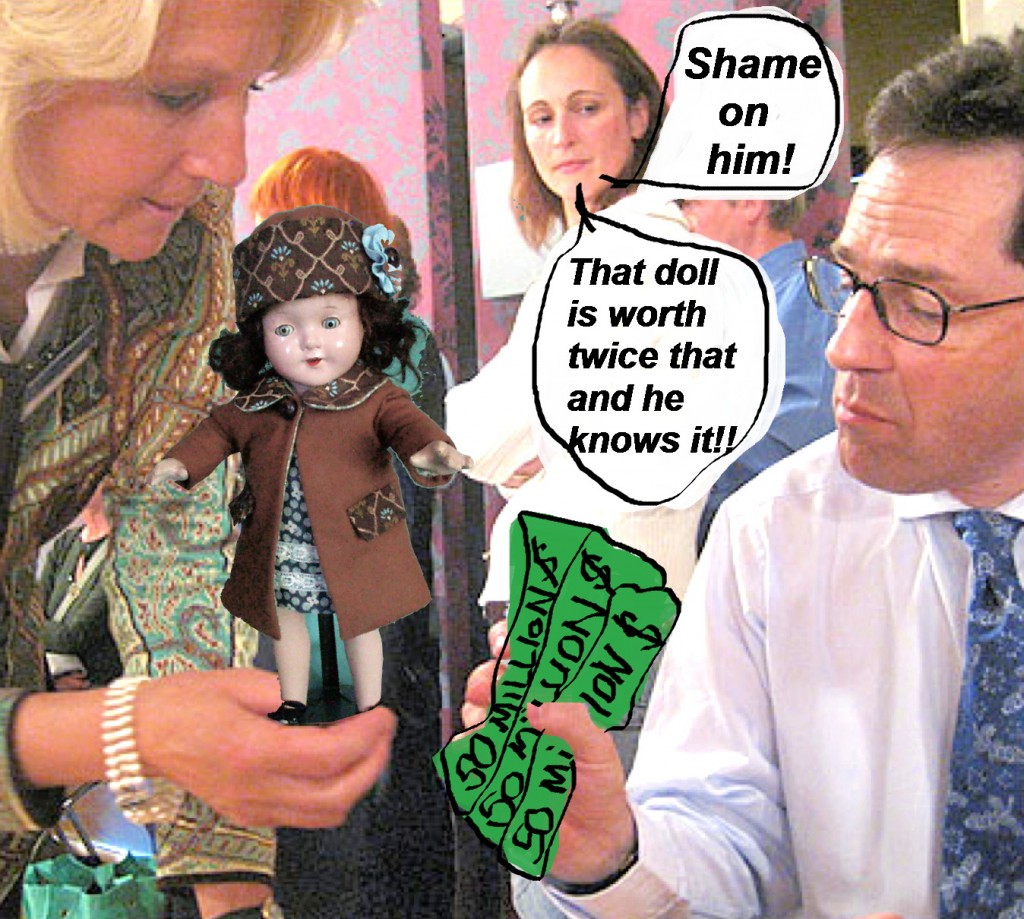 Because honestly, that’s how I think of this thing. These are the early days. For now the wigs are hand curled. Hand everything. Maybe we won’t be able to keep up and we’ll have to invent really cool machines to do everything for us, making these early dolls that we produce now, by hand, that much more valuable. And those futuristic appraisers will recognize every single nuance.

Logo…logo…hmm….What to do, what to do?

Thank goodness for my brothers! I mean, before all this I’d written TONS of books. Okay, maybe ONE. And only in my head. And actually, only the cover and the title – which I actually didn’t quite finish deciding on, so…

Anyway, if you have a company, you need a logo! What it would look like was decided on by consensus, and then I helpfully did a mock-up, visions of “This is the one thing for Hazel Twigg that is all mine! I drew the original art for the logo and it was so good we decided to use it!”

Hmm. Not so much: 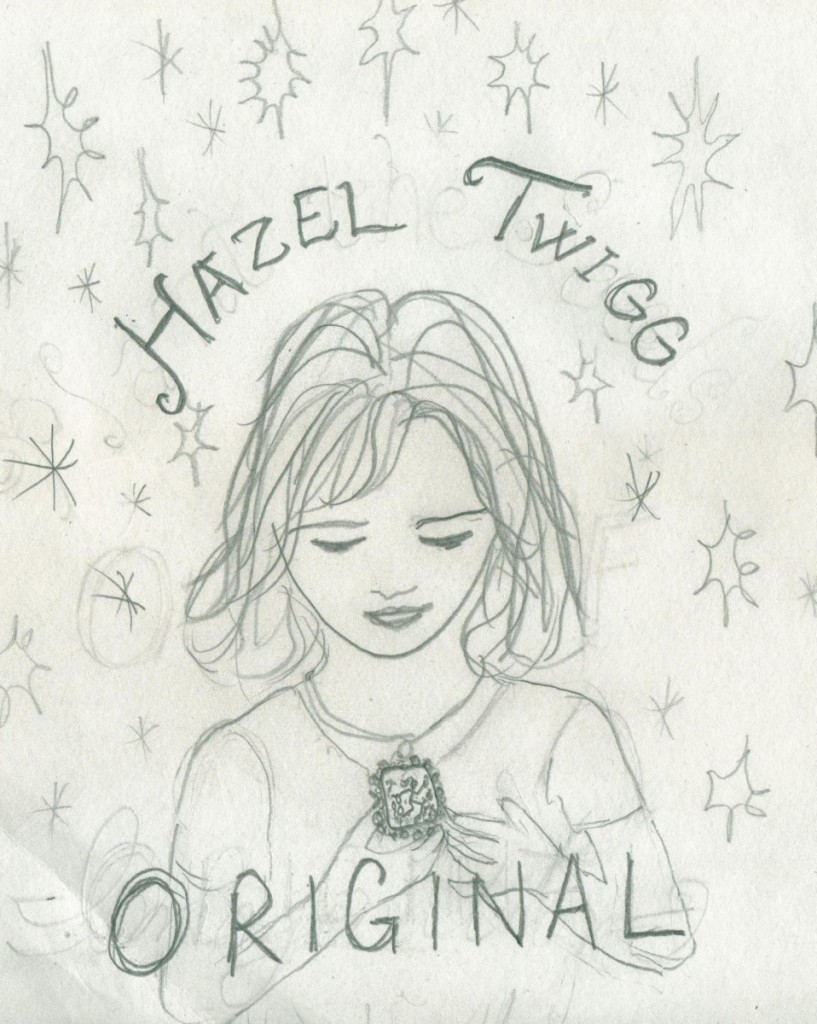 Enter my ADORABLE niece Sophie, who happens to be the same age as Hazel: 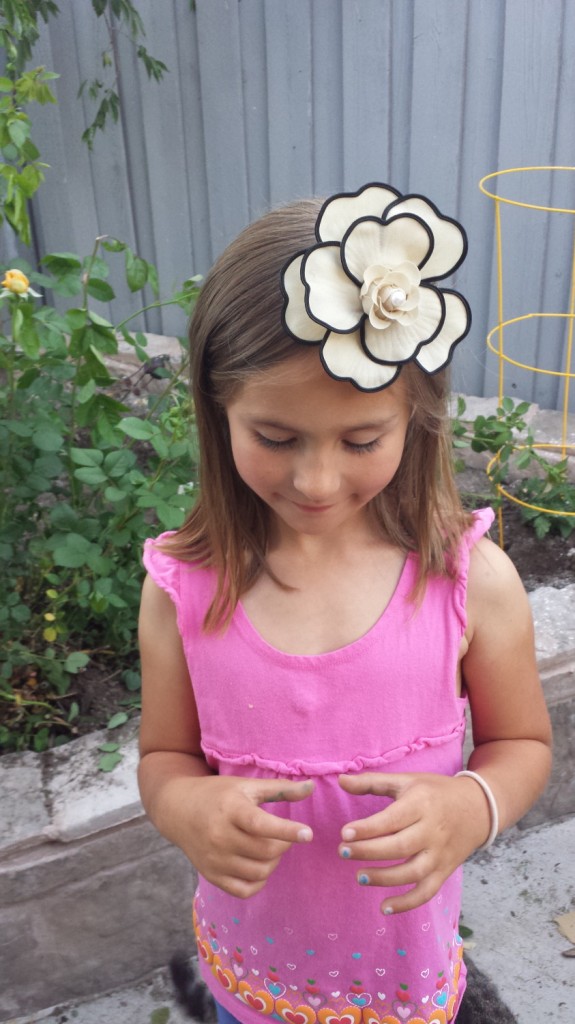 She always wears a flower in her hair and is one of the most enchanting little creatures I’ve ever met.

And now, for Nina’s take. It took her a few times too (seriously! Try drawing a little girl – or anyone! – looking down!) so we sent her the Sophie picture, and here’s the final: 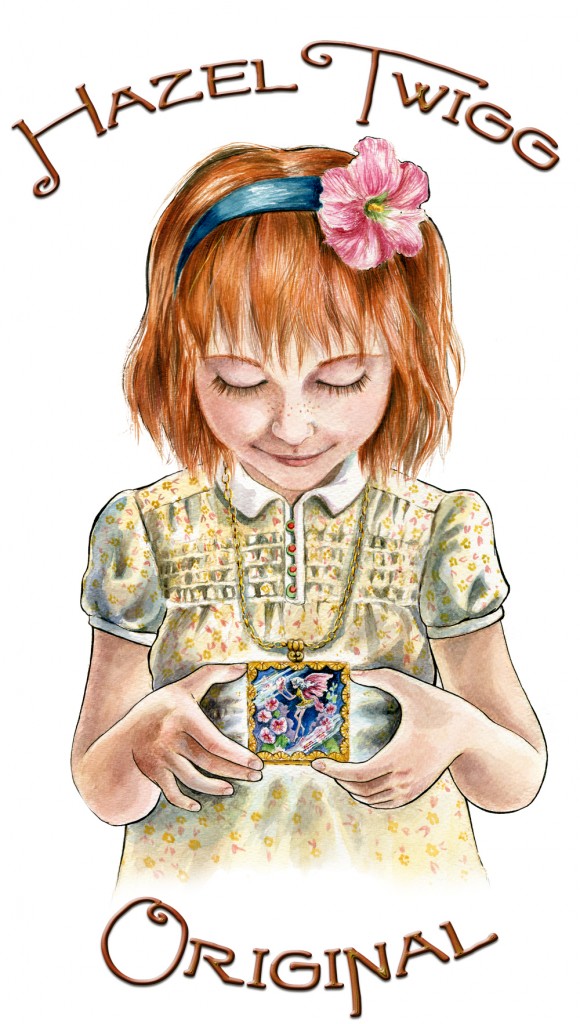 You can kinda see my niece’s face in there (I think so at least)!

This shall heretofore be known as the FIRST version of the Hazel Twigg logo! So that lo, these many years into the future at the millionth episode of “The Antiques Roadshow,” the appraiser can say to his hopeful appraisee, “This is the earliest logo! Before they did this or that or something-or-other and changed it!” and the crowd in the background will weep with shared joy.

And you saw it here first. 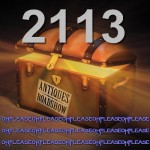 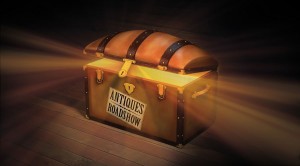 When one spends hours and hours alone in a room toiling away at a sometimes thankless task, one’s mind tends to wander.

This sometimes thankless task of which I speak is when I was full time selling on ebay before this whole book thing came about, sewing and sewing for dolls, spending ridiculous amounts of time trying to get everything just right. Sometimes a doll would do quite well. Other times, they would go for a song.

It didn’t matter, I could not help myself; I had to continue spending hours, even knowing that it was sometimes all for naught. These girls came to me for help! Who was I to tell them “Nay”?

So, how do you make the path ahead smoother? By fantasizing of course! 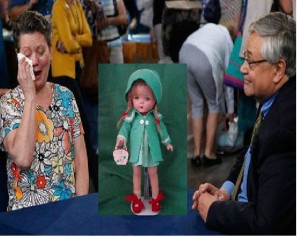 Picture it: Antiques Roadshow, and the year is 2113. A woman sits at a round table, her hands nervously clasping and unclasping. The equally nervous appraiser says, “All right, why don’t you show everyone what you brought?”

The woman opens the flaps of an old United States Postal Service (before they went out of business in 2023 (just joking, Julie!)) Priority Mail box, meanwhile the appraiser appears to be physically having to restrain himself from reaching out to assist her, his hands twitching back and forth.

A beautiful doll is unearthed.

The air is full of electricity. There is a pregnant pause. Finally, the appraiser speaks. “When you pulled this precious girl out of the box, I almost fainted with excitement. I wanted our viewers at home and on Mars to experience the same feeling I felt, which is why I had you do it again.” 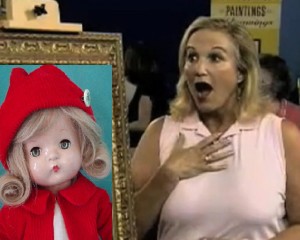 He gently smoothed the little doll’s dress before continuing, “I won’t toy with you, this is a Ruth original.And the piece de la resistance? You have the actual note the Ruth herself sent along! This is from her black and white Target dollar section note phase. History has it that she really liked this paper so was sparing in her use of it, preferring instead to make grocery lists on it so that she could have beauty in everyday life. These notes hardly ever survived! Because no one knew! And here you are, and you have this note….”

The appraiser paused to wipe a tear from his eye – although he pretended to be blotting his brow. He fooled no one. “I have to know, where did you get her and how much did you pay?” 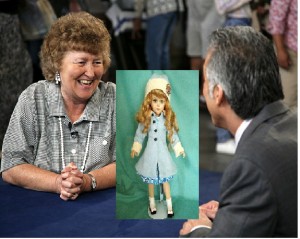 There was a gasp along with a lot of heads shaking in disbelief from the crowd that had gathered at a respectable distance behind the little table.

The appraiser breaks protocol, addressing the crowd. “It’s a shame, isn’t it? Don’t you wish you could go back in time and buy a dozen?”

The crowd fervently nods while the woman flushes with even greater pleasure, grateful that her ancestor had been so very wise.

The moral of the story is, you have to believe in yourself.