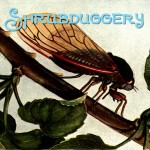 The following is an accounting of my first encounter with a (live) bat in my house. Ah, how I long for the days when I could convince myself that the chippering sound I was hearing was an insect!

It FINALLY HAPPENED. My greatest fear finally came to fruition!!!

The other night, my cat Riley was messing with what I hoped – Hoped – was perhaps a cicada or other noisy insect in My Closet, less than five feet away from Where I Sleep.  I hid under the covers and resisted the urge to turn on my bedside light, less I attract said insect even closer.  Riley moved the fight to throughout the house (I could hear it), things finally got quiet, and I went back to sleep. 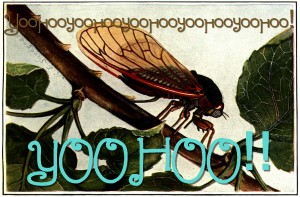 “A little help, please?!”
In my defense, I was in denial.

A day or two later – that’s right, a day or TWO later – I was in the kitchen packing up this little pouch I use when I take Teddy for a walk. Basically I use it for doggie treats when I don’t have a pocket and maybe a dollar or two just in case. It was after school/work, and I was going to drive to meet Scott and Julie at this nearby bike trail. Riley kept climbing up onto the kitchen counter and going behind the little TV.

I kept taking him down (it’s a losing battle, keeping cats off the counter. I’m sure they do it to their little heart’s content when I’m not at home. Sigh.).  He started jabbing at something that was behind the cookie sheet I’d set between the knife block and the wall to dry. I heard the same whirring noise I’d heard the other night and thought, “Ah! There’s that bug!” I moved the cookie sheet, and….. 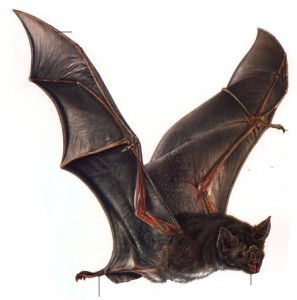 I ran screaming, Teddy at the end of my leash, my little pouch with doggie treats but no car keys and no phone. My son Adam asked, “What’s wrong?”, I told him and we ran together. It must have looked funny if you were across the street, a middle-aged woman, a boy and a dog, bursting out of the house, the woman in fear, the boy in excitement, and the dog just happy to finally be on his way.

We tracked down Scott and Julie. My greatest fear was that we wouldn’t be able to find the bat and we’d have to sleep at Julie’s place. Forever. When we got back to my house, however, the bat was lying on the kitchen floor. When Scott discovered it was still alive, Julie and I ran screaming from the house again (my throat’s still a little sore). Scott took the poor bat out and put it in the neighbors shrubbery. They only live here in the summer, I’m sure they won’t mind. Ahem. 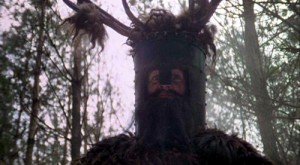 Now every time my cats pounce or seem fascinated by this or that my heart clenches a little.  “Bats are more scared of you than you are of them” doesn’t help me a bit because they can fly and I can’t! AND THEY FLY IN THE DARK.

I still let my cats outside occasionally and you can bet before I set foot outside the house myself I always peer out the door first and look straight down on the welcome mat to make sure one of my cats hasn’t left me a “present” and brought the poor carcass of the bat – who probably died – back. Cats are the Worst Shoppers EVER.

As for the air bake cookie sheet that the bat hid behind, it was a long, long time before I could use it. If it was a regular, run-of-the-mill cookie sheet I would have thrown it away. But it was an air bake! Them, as we say here in Iowa, are “spendy”! I boiled and washed that sheet within an inch of its life. 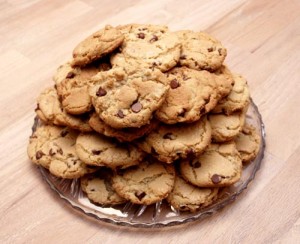