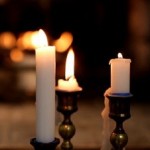 You will probably find this hard to believe, but I was strange as a little girl. And were it not for one particular friend during my formative years, who knows where that would have led…

When my family moved to Hawaii in the sixties, I was three or four years old. How lucky was it that we just happened to move next to a family with an equally strange little girl? Her name was Holly and we were inseparable. Beyond friends, beyond sisters even at that time.

Our mothers, when they bought us dresses, would sometimes buy an extra one for the other of us. Holly and I were both blond, her eyes were brown and my eyes were blue, and therefore our dresses would be the same in everything but color. She would get the orange dress, I would get the navy, we got our hair cut alike…practically twins.

It was Holly that I played dolls and made up dances and plays with. It was Holly who was coaching me as I sang on top of that rabbit hutch. I still remember exactly where Holly’s teeth landed on my cheek when we hugged so hard after she got back from a trip to Europe. We were so glad to see each other again that she didn’t have time to close her mouth from our shouts of excitement before we were in each others arms, crying with joy. 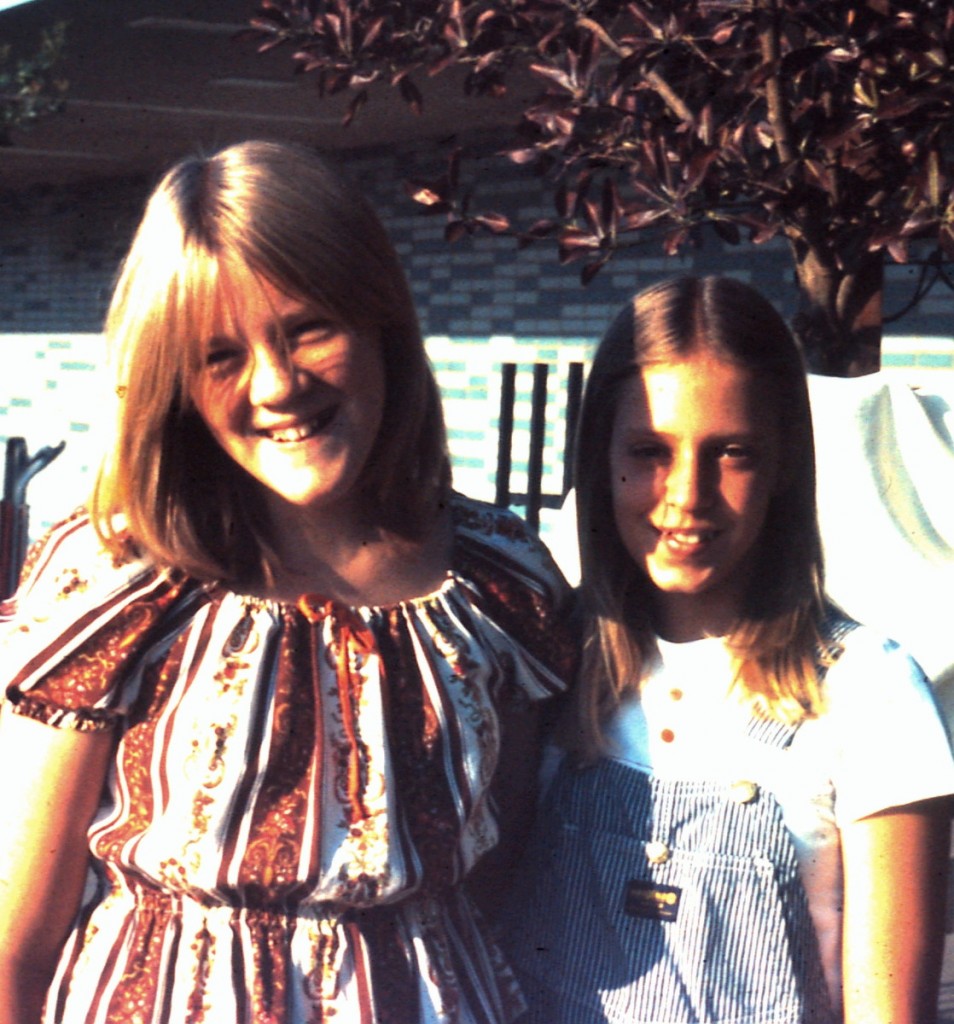 If I had to guess, I’d say this was near the very end of my time in Hawaii.

Then finally came the time seven years later for my family to move back to the mainland. Back then there was no such thing as Skype or Facebook, and long distance phone calls were only for the direst of emergencies. We wrote for quite awhile and I would have dreams of Hawaii being just on the other side of that snowy mountain in Cedar City, Utah, but inevitably, Holly and I lost touch and grew apart.

Because she was such an important part of my life, my memories with Holly figure a lot into Hazel Twigg & the Hollyhock Hideaway, including one of the sadder situations.

In Chapter 22 Remembrances & Regrets, it’s revealed why Hazel’s mother is the way she is, so careful and afraid of everything, and why the mention of relatives makes her cry: Olivia’s husband, sister, mother and niece were all killed by a drunk driver who later escaped.

And when we were older.

In one fell swoop, Holly’s mother, sister and grandmother – three generations – were killed by a drunk driver who later escaped.

When this terrible event happened we were grown women with families of our own. We’d seen each other once or twice over the years but had changed too much over time; the childhood closeness was gone. But for that one awful conversation we were back to where we’d always been; Side by side as little girls, sharing funny and sad and scary remembrances of when we were younger. Those formative years when a mother’s love is so important.

We’ve drifted in and out of each others lives over the years and I can’t recall when I spoke to her last, but still. I am heartily, heartily thankful for that childhood we had together. I’ve said it often: Holly saved my life.

This is an “About” from last week’s chapter. Last night’s Chapter 23 Leap of Faith that premiered last night is a continuation of 22’s Remembrances & Regrets.