Each Thursday (or thereabouts) I’ll be featuring another doll or two. These are the Lost Dolls, dolls that come through my house to be gently restored and redressed so that they can go where they are needed most and where they will be loved again. While I work on them, they tell me their stories of where they’ve been. Of course, I only have their word for it. But would a doll lie? 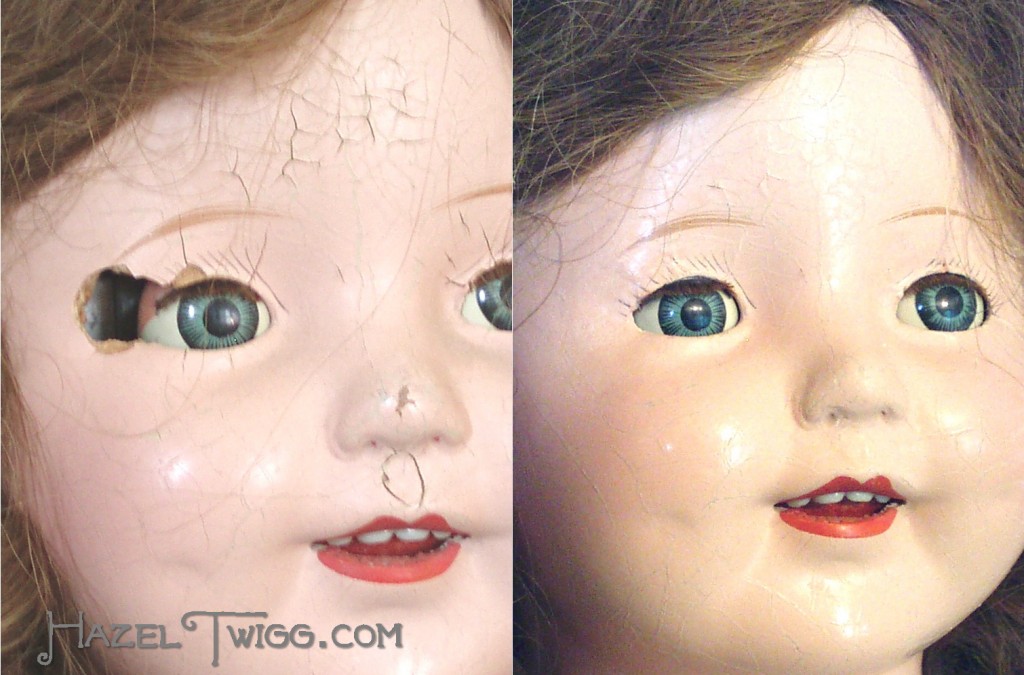 “Eager Elsie,” we called her for short. “Eager, excited, can’t-wait-for-my-new-life Elsie,” when all is said and done.

Bless her heart, she was hidden away for so long that when her chance came for a new life, she was in such a hurry to get here that she kicked herself in the head! Right by her eye, to be exact!

As you might be able to guess, she’s an earlier composition doll – noted by her tin eyes and human hair wig – so in her defense it had been a very long time that she’d been without companionship, hidden away in the closet of a house that was closed up for years and years. When dolls are tucked away, they go dormant, so I wouldn’t feel TOO badly for her. But I can certainly understand her eagerness to be loved again. 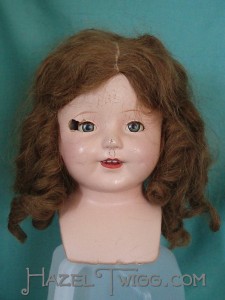 “Closet. House. Forever. So excited!” That was about all I could get out of her, and I pieced together her history from that. Although come to think of it, I had to constantly ask her to sit still and stop twitching for her repair, so there wasn’t really time for her to tell me much of anything.

Ironically, if she hadn’t’ve been in such a hurry to get here (thereby harming herself with her high kick), she could have been sent out that much faster! As it was, it took a little bit longer for her repairs to be made. And afterwards, she left so quickly for her new home, that I didn’t get a chance to photograph her final outfit! But after much searching, I found one of her with some friends: 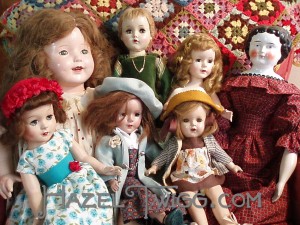 There she is. See her in the upper left corner? You might think that she’s in the back because she’s larger. Nope. She’s there because her friends had to sit on top of her to keep her from rushing out the door once her repair was finished. She left shortly after this picture was taken.

I haven’t seen her since, so I assume she was more careful. I know for certain that she’s happy wherever she is, sweet girl.