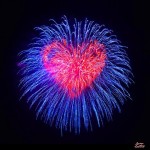 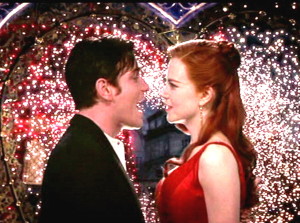 You know, you hear of things like this. But you never think it will happen to you. Not at this ripe age. The magic, the excitement, the butterflies. The FIREWORKS. Reader! I finally had them!

As you may or may not recall, woman does not live by dolls alone and I was looking for love in the only place one can find it whilst living in the booniest of boonies: Online. And I found it! I FOUND LOVE. I’ve been walking around last week with a Mona Lisa smile on my face, because I Had A Secret. I told very few about it, because I wanted that secret to be mine and it seemed almost too good to be true. 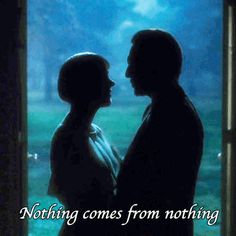 Somewhere in my youth or childhood, I must have done Something Good.

He was a magic man. A charmer with a lilting voice, from Canada – although he was becoming a U.S. citizen on the 20th of this month, and he was very proud and excited. He even quizzed me with some of the questions during one of our many hours of conversation by phone.

His own parents had met one day when they were very young, and married the next. They are celebrating their 70th anniversary this November. So really, it didn’t sound strange that he felt strongly drawn to me, and that he insisted that we would be married by Christmas and that he loved everything about me. 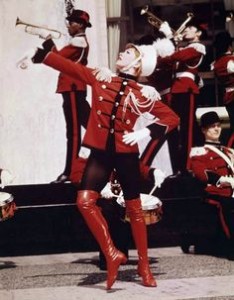 “Somebody loves me! At last!” – Sweet Charity

Of course! OF COURSE. This is why I’ve been having all this bad luck of late! The operations…well, pretty much just that. And the occasional bruised heart. And the whole poverty soiree I have going on. I seem to have lost my mojo with dolls. But now I know why! For this! For him. He even said he prayed about us. A God-fearing man! Who was handy to boot and not afraid of bats! I of course asked to make sure.

I wanted to shout it to the heavens! I wanted to post about it on my blog! But I didn’t. Because he did sound too good to be true. No matter, I was going to meet him last Saturday at 4:00. I spent my week singing every love song I could think about it as I worked and thought about how nice it would be to wear a wedding ring again…

I was joking to him that he was too good to be true, and that I would be careful. That if he ever tried to get me to sign life insurance papers after we married, I wouldn’t do it! Now, I don’t know if it’s coincidence, but after that conversation, I never heard from him again and 4:00 on Saturday came and went with no pizza meeting at Wes’ Place and no hand in hand stroll about town. I have to say, that smarted for a bit.

The good news is, I think I have my mojo back. AND! I’ve made a very important decision about the last chapter I have to write to finish my book. Also, my house is clean. I even picked up litter around town for this guy’s visit, fer cryin’ out loud!

You hear of such things, but you never think it will happen to you. Or if it does, you’d like to think you wouldn’t be pulled in. I have no idea what his motivation was. I almost hope it was for the life insurance money he would receive upon my murder. In a funny sort of way, that would kind of be nicer than if he was just doing it to be mean.

At least I didn’t do a blog post about him, declaring my love! Because THAT would have been embarrassing, having everyone know what a fool I was!