Chloe & the Right to Bare Arms 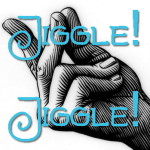 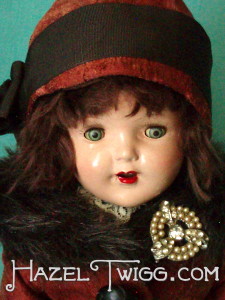 This sweet girl is Chloe. She is O.L.D. (Once-Loved Doll) No. 51, and you can see her adoption page HERE. Just in time too, because she ends Wednesday at 6:33!

I remember as a child how my classmates and I would quietly snicker at one of our teachers whenever she reached out and snapped her fingers. Because the fleshy part beneath her arm would jiggle! !Snap*jiggle! !Snap*jiggle! Ah, the gales of laughter! Subtly, of course, with our eyes in clandestine glances. 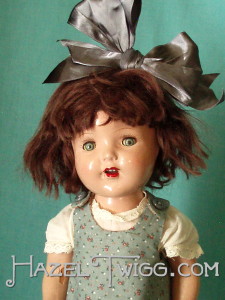 Sometimes we would recreate the waggly arm action out on the playground during recess, shouting, “So-and-so! Stop what you’re doing right this INSTANT!” !Snap*jiggle! !Snap*jiggle! ‘Cept we of course would have to manually jiggle the non-existent excess flesh. And since we were away from the teacher, we could freely laugh aloud.

Oh, how the mighty have fallen. I often think of that long ago teacher, whose name I’ve forgotten, when I put on short sleeve tees. Good thing I’m not a very good finger snapper, is all I can say.

But sometimes it’s not a little excess flesh that makes one leery of sleeve-challenged T’s. In Chloe’s case, it was cracking and lifting. As usual for me, it’s all about the clothes. I repaired Chloe’s face and when right to work on sewing. There was a chill in the air! My favorite season is afoot, almost! I really wanted to get started on that coat and hat…

If you looking closely in the pictures, you can see I took her photos before her arms were ready.

BEFORE. It doesn’t look too bad in the photo, but she has lifting on her inner elbows and the palms of her hands.

DURING: When I removed the lifted skin, there was a lot of space to fill.

AFTER: She now feels comfortable wearing short sleeved dresses and is trying to learn how to snap her fingers.

Chloe is 4th in the Simplicity Series, which is my term for dolls that come with less elaborate but still charming era-appropriate clothes, rather than the off the beaten path outfits I frequently enjoy doing. The idea was that they would also be easier for me to sew, because I wouldn’t have to figure out how to make a horse or an umbrella, for example. 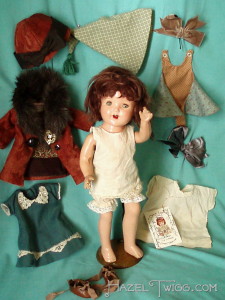 “For a Simplicity doll, she sure isn’t simple! Too many clothes!” my sister The Mayor cackled recently. For a wee thing, she sure does yap a lot (actually, she keeps me in check and keeps me sane-ish).

Sweet Leilani was adopted by…sweet Janey J. of Oakland, California! The same girl who out of the blue sent me a box of treasures, because she thought there were things in there I might be able to use. Most notably (so far!) she provided the plume for Marjorie the Majorette. Thank you, Janey! I know you and Leilani will get along just fine. Use caution when hula dancing. I speak from experience. Ahem.

And with that, I leave you! Happy Snapping, you’re my favorite!