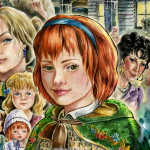 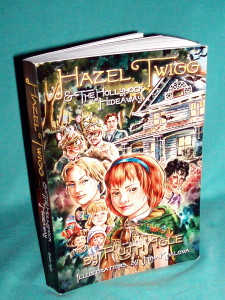 I have done it. I have finally held in my own two hands the culmination of a journey that began four years, one month, and nine days ago. Or thereabouts. The Proof copy of Hazel Twigg & the Hollyhock Hideaway! Once this copy is approved (and *Mayor Julie is going over it right now. I’m a little too close to it), then whoosh! The order for the limited First Release printing will be made! 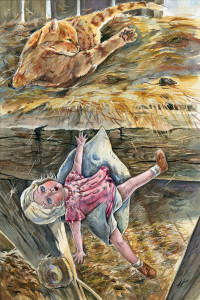 Pinky becomes lost when a cat chasing a mouse knocks her out of a barn loft and she gets buried in the hay. She’s the first O.L.D. to come to Hollyhock Hideaway.

I’ll give more details later, but for now we’re planning on November 18 – also my brother Kenny’s birthday AND the date of my local library presentation, where there’s a good chance I’ll have actual books there for sale – as our official release date, including on Amazon.com.

I was looking over past emails from back in the day trying to find the exact date of when this all started. I wasn’t able to find it, but what I did find was somewhat amazing. This book has gone through so many changes. So many towns and characters and settings. But here’s an excerpt from an email to a friend I wrote less than a month after this all began back in 2011: 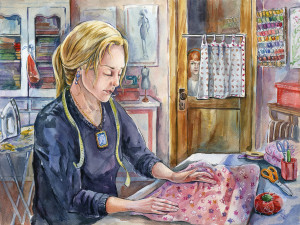 I was thinking that since dolls come and go here, my house could be the place that dolls who are no longer played with or who have been forgotten and neglected by their little girls escape to in the hopes of some day being loved again.  An orphanage of sorts, and in the meantime we have adventures!

The bat finale in the attic.

Whether it’s bats in the attic, or a creature in the basement, or we explore an abandoned house looking for treasure or even just take our dog for a walk and the people that we meet.  In the meantime, I clean them up and make dresses for them and one by one they’re adopted out to happy houses.  Before you know it, ANOTHER lost little girl appears needing attention!  Wouldn’t that be fun?

After all the changes, this beginning kernel of an idea is what the book ended up being about. So many things have come together in its creation. But the most important thing to remember is that this isn’t just a book. To me it’s a movement to a new O.L.D. way of life. A back to the future in reverse. A return to the imagination that you create yourself, free of gadgetry. I’ve seen several memes along the lines of, “I’m so grateful I had my childhood before technology took over.” That’s the gist of the Hazel Twigg world in a (hazel)nutshell. More to come soon. 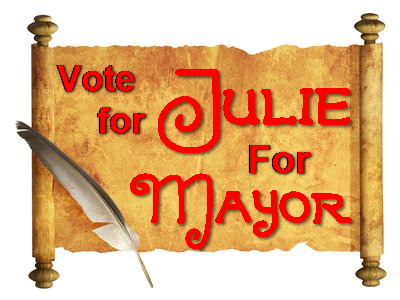 If you’re lucky enough to live in Reliance, aka Rolfe, Iowa, don’t forget to VOTE FOR JULIE FOR MAYOR TUESDAY, NOVEMBER 3, at the ROLFE COMMUNITY CENTER. Don’t assume! She loves this town as much as I do and has its best interests at heart and has worked so hard and been so involved with everything, and not just these past two years. She truly cares. PLEASE VOTE!

Thank you! You’re my favorite!